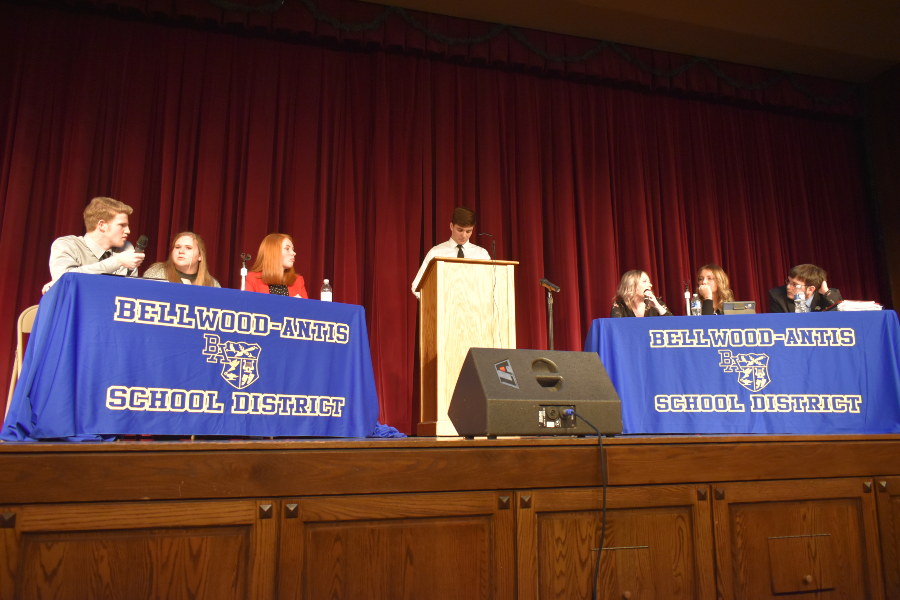 On Friday, 21 2020 the CHS Debate class debated throughout the school day. Classes were welcomed to the auditorium to watch the debate, and later vote for the teams they felt won on Instagram and Twitter.

Each year the CHS class – offered through the University of Pittsburgh – is required to participate in a school-wide debate centered around a common theme before an audience. For the last 10 years B-A has offered the debates to the entire student body.

The debates were taped and the top debate will be sent to the University of Pittsburgh, where teachers will determine the top arguer from each school participating in CHS debate. Those students will then head to North Allegheny High School in May for another debate.