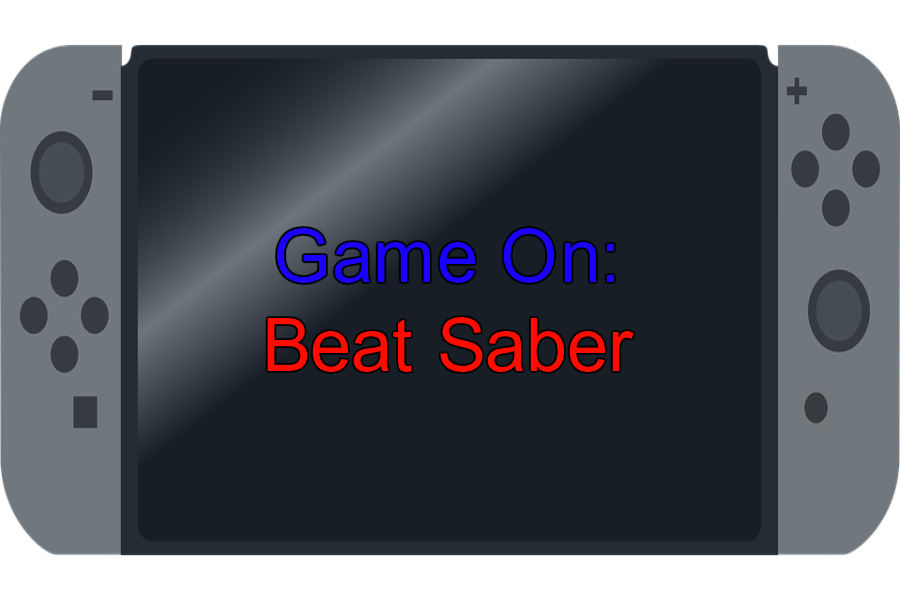 When the modern VR headsets became popular a while back, this new indie game has come to the scene with it’s Guitar Hero feel and constant fun with customs songs(by modding the game). If you don’t know what game I’m talking about cause you didn’t read the title. Today, I’m reviewing Beat Saber. I got my Oculus Rift roughly two years ago, this was the game I was keeping my eye on for any discounts.

For the people who genuinely don’t know this game, it’s as simple as the aforementioned Guitar Hero. You have two lightsabers that you use to strike boxes in specific directions to the beat of a song, hence the name Beat Saber. Guessing from the top of my head, there are roughly 15 songs that come with the game and DLC (downloadable content) that gives access to more licensed songs.

Beat Saber on its own is quite fun, with 5 difficulties on each song and a scoring system, it’s quite easy to play the game for a while, but that is not why I adore this game. Striking boxes like there is no end tomorrow is fun, but it’s more fun with a song you know and love.

The Beat Saber community discord, which is a messaging server that hundreds of people are apart of, found ways to easily download a song that some else made a mapping for. Let’s say you want to end the lives of boxes and look like a complete manic for anybody looking through the window to Evanescence’s Bring Me Back To Life. Oddly specific, but sure, go ahead. Some songs are easier than others to beat on the community modded songs, but it is still fun to attempt a really hard song like Rap God on expert+.

This sounds weird, but when you hit a block correctly, you get this really satisfying noise that does two things. It tells you that you did it right, but also kinda encourages you to keep hitting notes correctly, almost like you are playing the drums to the song.

Beat Saber is one of those games that you keep coming back to because you want to improve at the game, but without modding or buying new songs, it could be repetitive to listen to the same songs. So the game without modding, is probably a 7-8/10, but with modding, it’s easily a 9/10 or even, and I very rarely ever give a game the perfect rating of a 10/10. It is seriously that much fun to play.

I’m excluding any headset or physical problems, like sore muscles or headaches into my rating, because it does happen sometimes. That isn’t the game’s fault, it’s the headset’s and my fault for not knowing when to stop playing.