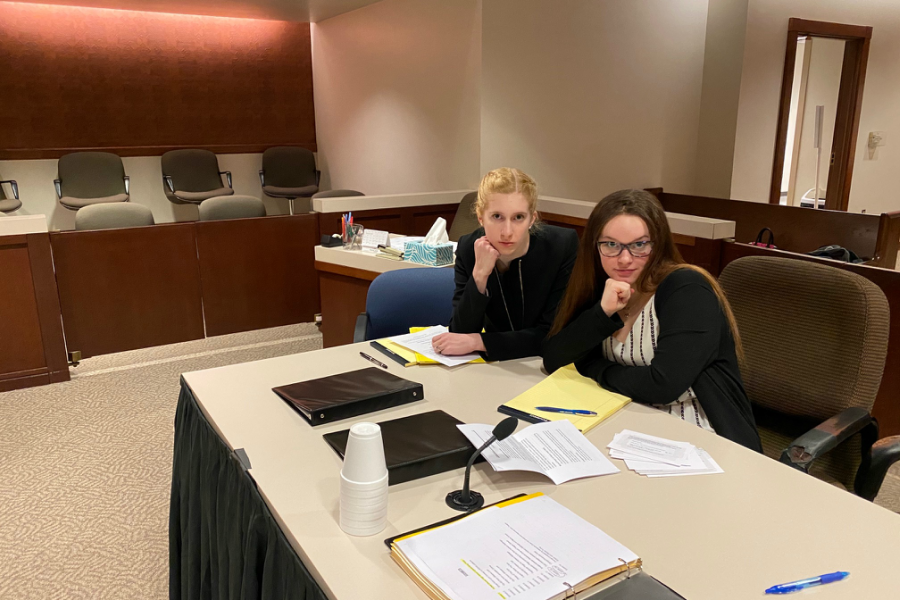 Thursday night the Bellwood-Antis Mock Trial team lost to Windber at the Blair County Court House to bring its season to an end.

“Windber was more aggressive and it essentially overpowered us,” said Mattew Elder, the team’s advisor. “None of the students had ever seen an extremely aggressive defense like that, so it took everyone off guard.”

A lot of students had to step up and take positions they never played before because the group’s top attorney, Jackson Boyer was away on a trip to Belize. Sam Gerwert stepped in as an attorney and Emma Chronister stepped in as a witness.

“Emma and Sam did great in their first-ever court action. Both girls even had moments where they got appropriately feisty with the opposing counsel and witnesses, which was fun to see,” said Elder.

Mr. Elder said the jurors and judge were complementary and they were told their cross examinations were very good. Lauren Young and Sarah Berkowitz received team awards for Best Advocate and Best Witness, repsectively.

The trial was a very good learning experience for everyone.

“The judge loved Cazen’s portrayal of the plaintiff on the other team. He especially liked her wonderful ating where she cried on the stand,” said Mr. Elder.