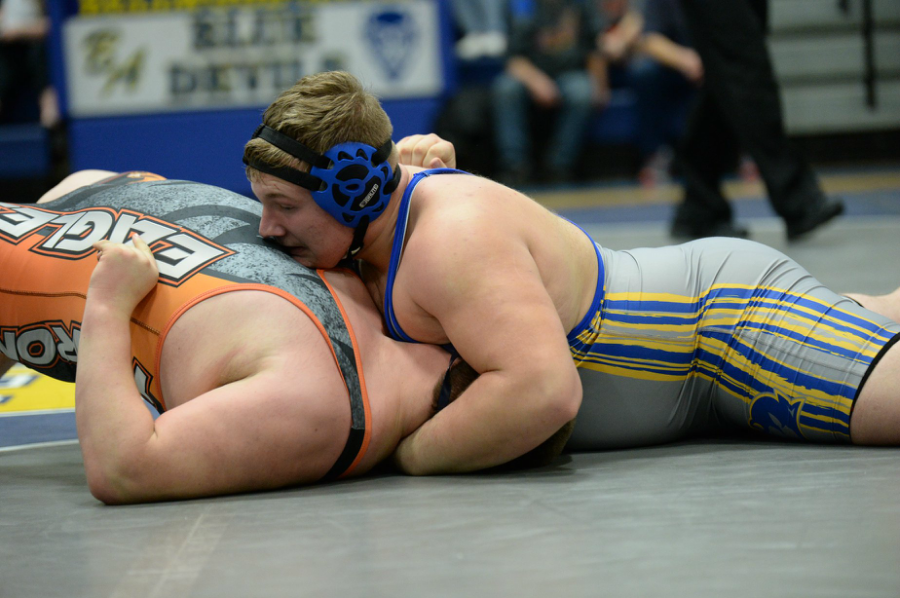 Evan Pellegrine is one of two B-A wrestlers looking for success in Hershey.

The PIAA wrestling tournament is this Thursday, Friday, and Saturday at the Giant Center in Hershey, and B-A has a pair of grapplers looking to take home medals.

Evan Pellegrine at 285  is coming into the state tournament with a record of 30-7. He will open in the championship pigtail round against Joshua Schaffer, a junior from Northern Lehigh with a record of 28-11.

Evan is on the top side of the bracket.

Alex is also on the top side of the bracket.

Anyone interested in attending the event can sign up for a student bus being offered through the school district. Te district is looking for 30 interested students in order to secure the travel arrangements.

This is the second straight season B-A has sent a wrestler to Hershey. Last year is was Trentin Whaley.