Lady Devils scrape by in PIAA first round 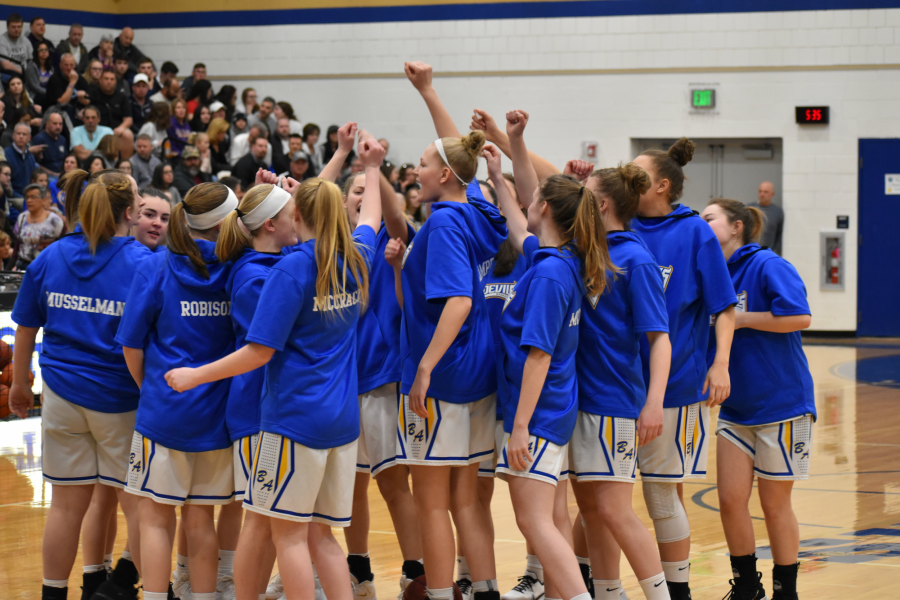 The Lady Blue Devils continued their drive for a third state title with a win over Laurel in the PIAA playoffs.

Last Friday the Bellwood-Antis Lady Devils traveled to New Castle to face Laurel in their first PIAA 2A playoff game on Friday.

The Lady Devils improved to 25-2 and advanced as far as the final 16 for the fourth consecutive season. Laurel ended its season 17-9.

The game was close the entire game with Laurel winning the second and third quarters by a total of 3 points.

The Devils pulled ahead in the start outscoring Laurel 12-10 in the first quarter.

The Lady Spartan held a 1-point lead, 37-36, heading into the fourth quarter before B-A pulled away in the fourth. The game was still on the line with 14 seconds left and Laurel trailing 53-51 but Emilie Leidig sank a pair of foul shots to seal the win.

The Lady Blue Devils next game will be Tuesday against Redbank Valley in DuBois.

Senior Haralson sprained an ankle in the game against Laurel, but her status for Tuesday is not certain.