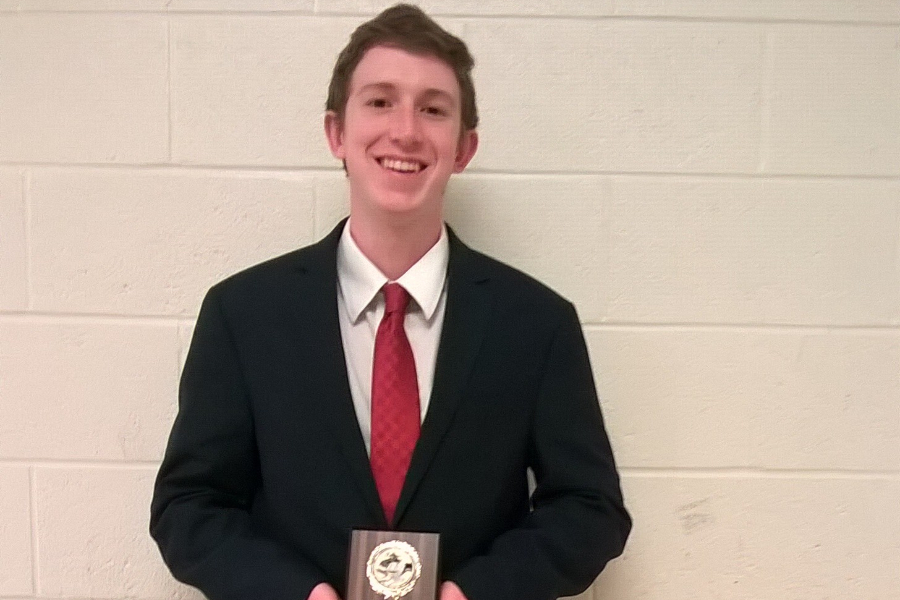 A Bellwood-Antis senior advanced to the national Student Congress contest, which will take place in Chicago in May.

Sam Gormont placed fourth at District Student Congress in somerset on Monday. He was among the top 5 who advanced to Nationals.

“Out of the four years that I’ve done congress, I’ve gotten confidence in presenting my opinion and writing it in a way that can be understood and followed easily,” said Gormont.

This is Gormont’s third year to qualify for Nationals. He said he feels accomplished and likes seeing the comments the judges write and learning from the experiences.

“I worked hard for it, and my goal was to qualify for Nationals,” Gormont said.

The competition is a form of debate that encourages participants to practice skills in argument, writing legislation and parliamentary procedure.