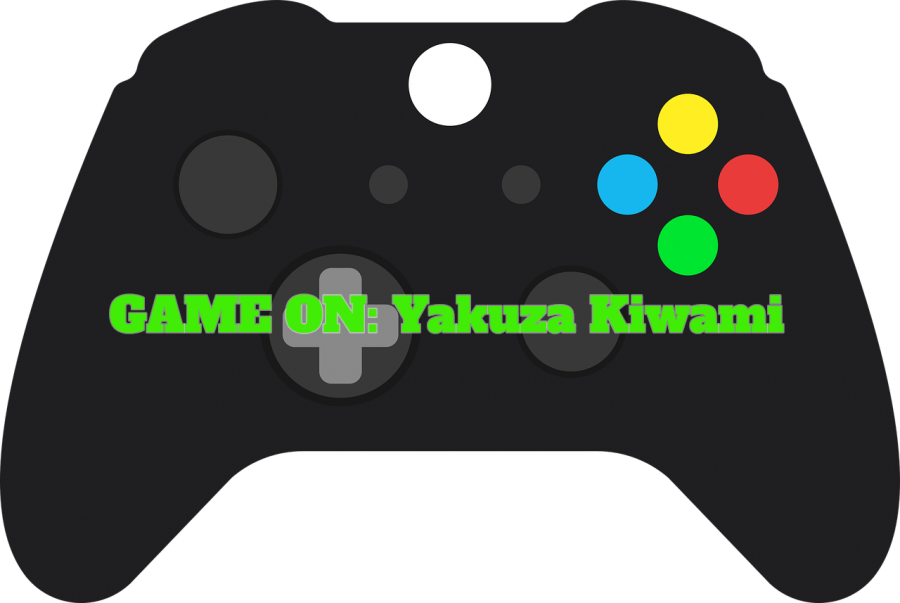 Before the quarantine hit, I made a review of the game Yakuza Zero, which is a prequel to Yakuza Kiwami. And while that game was fun, it had its issues. And I’m happy to say that this game expands on the core gameplay and ramps up the difficulty to the extreme. Especially with the boss fights.

For the sake of this review, I will be acknowledging the previous game a lot when it comes to story, so not only will that game be spoiled, but I’m going to cover the final event of the game and other plot points. This is your warning.

So talking gameplay first, because that is the thing you should focus on. I’m thrilled to say that it has been changed very slightly, but with a few new additions that put it far past the combat of Zero. Now I’m going to bounce around between explaining the gameplay and the story for a sec, because the beginning of the game and the gameplay surrounding it is unique and ties directly to the story of the two games, so bear with me. At the beginning of the game, it is revealed that the main character, Kazuma Kiyru (and will be called just “Kiryu” for the sake of simplicity) is revealed to be the lieutenant of the Tojo Clan, and has the title of “Dragon Of Dojima.” As the so called “Dragon Of Dojima” you are a beast when it comes to fights, this man is so powerful, he can take a beating from an umbrella and hardly move his head.

“So how does this effect gameplay?” I hear you ask, well for the starting first, you are strong. You have the max health in the game, and take everyone out in one or two punches. You are not to be messed with. But after you are framed for murder, the second time, you are actually sent to jail and have all of the skills you had to begin with wiped clean. So the game gives you a taste of what end game progression feels like. This is brilliant. Because you now feel invested to clean the rust off of the “Dragon Of Dojima” and build yourself up to the max.

In this game, you start with all four fighting styles unlocked, which are: Brawler, Beast, Rush, and the sudo newcomer, Dragon. I say “sudo” because it was in Zero, but it was no where near as complex as it is in this game. Brawler is an all rounder that is good for all scenarios. Beast is the strong man styles that has heavy punches and allows you to grab everyday items to fight with mid combo, like a lead pipe, a keg, a motorcycle, made even a person if you really feel like it. Rush is the speedy combo style that does low damage, but can dodge anything with it’s quick speed. And Dragon is all the skills meshed together. “Why not use Dragon if it’s all of them combined?” Well you see, the dragon style has its own skill tree, and you start with no skills, so the style is near unusable until you level it up. Speaking of leveling up, instead of spending money to buy upgrades, this game lets you gain experience from every fight instead. And by using skill points, you unlock your skills to get more health and moves… except for the Dragon tree.

So the heat moves, aka the “I’m going to break every bone in your body” moves are back and more brutal then ever, like breaking people’s arms to make them drop their guns. Just know that the heat moves are great, and are the funnest part of the combat. But the change I had talked about was the ease of switching styles, because some learnable skills allow you to switch skills instantly and makes the combat silky smooth. The game, with its style switching, plays a lot more like Devil May Cry 5, and if I compare this game to my favorite game of all time, then you know the combat is as smooth as Vanilla Ice.

the bosses are difficult, a lot more difficult than the other bosses in Zero. But that doesn’t mean they’re better. A lot of the bosses have really niche gimmicks that ruin the fight, like the second to last boss. The exception to this is the final boss, and Majima. Do you remember the other playable character in Yakuza Zero? Well he makes a return as a boss that you constantly encounter throughout the game. He is Majima EVERYWHERE. If it is a building, you will probably encounter him and probably fight him, the upside to this is that by fighting him, you upgrade the dragon skill tree. So it’s a double edge knife, because he will cut you, but you can also cut him, so yay?

now, because this review and the previous review covered everything I need to say about the combat, the story. As said before, you are framed for murder, and after you come out of prison for good behavior and parole, your job is to find the person who stole the 10 billion yen from the Clan. Also, “you killed” the patriarch of the family, so congrats. It’s a simple, but well executed story, except for my complaints at the very end.

Final part of the review will contain MASSIVE spoilers for the story. So turn back now if you even think about playing the game!

Now, the person who stole the money was your love interests, who had lost their memory after your brother actually killed the patriarch that you took the blame for, so while you were framed, it was only because you took it upon yourself to do so. And after finding a child who just so happens to be your love interests daughter from another guy, you find the girl on the top floor of the new skyscraper. And the problem I’ve been hyping up, is that everyone except for you and the little girl that you adopt. And my main complaint of this is that you spent what took me 30 hours to find this woman, and she has the gull to take a bullet for you and die, instead of letting the guy who sacrificed his whole life to find you. And you also piece out of life just as you met your daughter with all of your memories back? I know I put that a little too harsh but it does bother me. But at least your brother redeems himself. That was cool.

So final thoughts, I love this game, but the story issues are bothering me. If you played the previous games, all of the callbacks to that game are awesome, and you can still sing karaoke, go slot car racing, and bowl with your rival for the ability kick someone in the gut is kinda cool. So I give the rating a 7.5/10. The issues that were in Zero still remain, and the ending is bothersome to say the least, but the literal rest of the game isn’t fantastic. I would recommend it to anyone who wants a good single player game to sink their time into, and can read subtitles quickly.