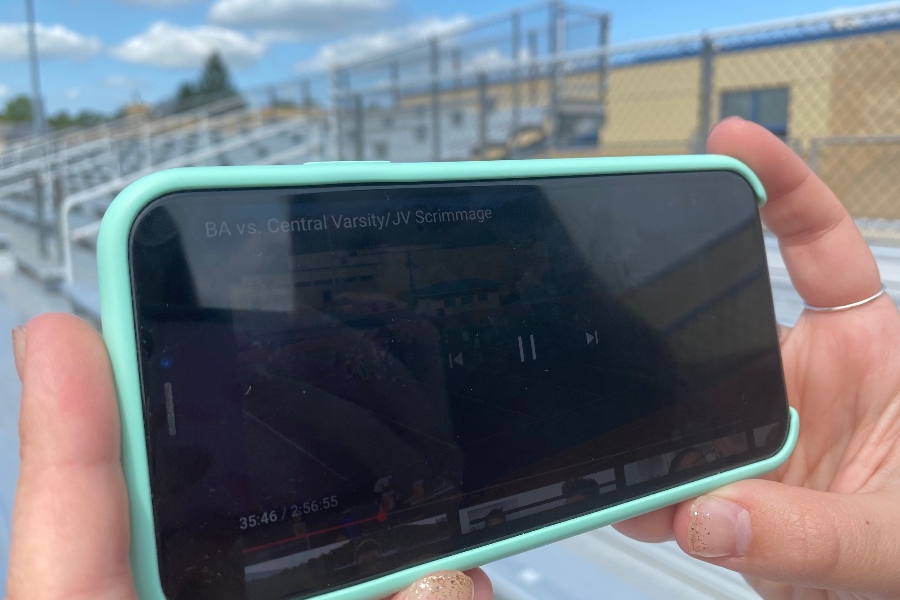 Fans who want to see B-A take on Northern Bedford Friday will have to pay $10.99 to view it online.

If you were a Bellwood football parent or fan planning to watch Friday’s football game against the Northern Bedford Panthers online, you are out of luck.

Northern Bedford is currently in an agreement with NFHS Network, making NFHS the exclusive online broadcaster of their games.  This means that anyone wanting to stream the game will have to pay $10.99, the Bellwood-Antis School District announced yesterday.

A few parents voiced their disappointments about the fact that they will have to pay for Friday’s game.  Mrs. Susan Nycum, a teacher at Bellwood-Antis and mother of football player Andrew Nycum, said, “I am happy we have an option to view the game; however, since we are unable to attend it would be nice to not have to pay.

This seemed to be how mostly everyone felt, including Jake Bollinger ,a student at Bellwood-Antis and football fan.

“I want to try to watch it at a friend’s house so we can possibly watch it together which makes it more fun,” he said.

Some may argue that you would pay nearly the same amount to go to a game anyways.  While this is true, you don’t pay for a football game just to watch; you pay for a football game to experience it.  From the bright lights to concession stand food to friends and fans, there isn’t no doubt a certain element is being taken away from the game by streaming it.

For now, Bellwood fans can sit and be glad that Bellwood doesn’t charge fans for streaming football games.