Fan attendance for sports still up in the air 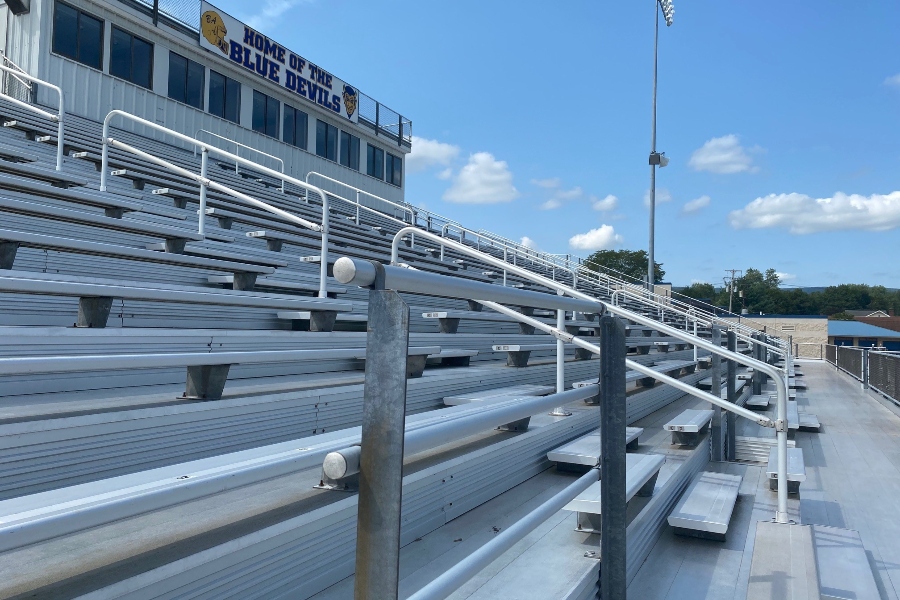 It may be two more weeks before fans know if they can start filling up high school stadiums like Memorial Field on Friday nights.

Covid-19 has changed many things this year, including the gameday atmosphere of high school athletics.

Initially it seemed doubtful that any games would be played this fall, but the PIAA announced in August that fall sports are a go. Now the big concern is whether fans will be able to attend.

There have been numerous ideas brought up regarding the situation, but schools have not received an exact answer. As of now, the rule is 250 people for outdoor events and only 25 for indoor events to maintain safe social distancing requirements.

These requirements make it very difficult for any fans to attend because players, cheerleaders, band members, coaches, and referees are all included in that number.

“We’re hoping the House bill gets passed,” said Athletic Director Charlie Burch. “That’ll give us leeway to do what we think is safe.”

The Pennsylvania State Senate passed Bill 2787 yesterday by a vote of 39-1, giving  individual school districts the power to control what happens regarding fans at games. Governor Tom Wolfe could veto the bill, but there is enough votes to overrule the governor’s veto.

Some promising news came out of the Bellwood-Antis School Board meeting September 8. Senior parents of football players, cheerleaders, and band members will be included in the 250 count for home games. This is encouraging considering last week’s home scrimmage could only be viewed via livestream.

Friday night’s season opener is at Northern Bedford, and while B-A’s  football program has a large fan base, fans will be supporting from home. The game will be live streamed on the NFHS Network at a cost of $10.99.

At the moment, cross country and soccer seem to have it best. Cross country doesn’t have a large number of runners, so their number of fans in attendance can be greater compared to football, for example. For soccer, both B-A’s male and female athletes play for Tyrone in a co-op, and that schools plans on getting fans in the stands.

Volleyball seems to have drawn the short straw in this situation. With the game being played inside, the number of people permitted to attend matches if 25, making it virtually impossible to have more than just the players in the gymnasium.

Bellwood is a town built on pride and tradition, so it’s almost unimaginable to think of seeing an empty stadium, but all Blue Devils fans can agree it’s good to see our athletes getting a chance to play whether there’s anyone there or not.