REMEMBERING 9/11 IN THE COVID ERA 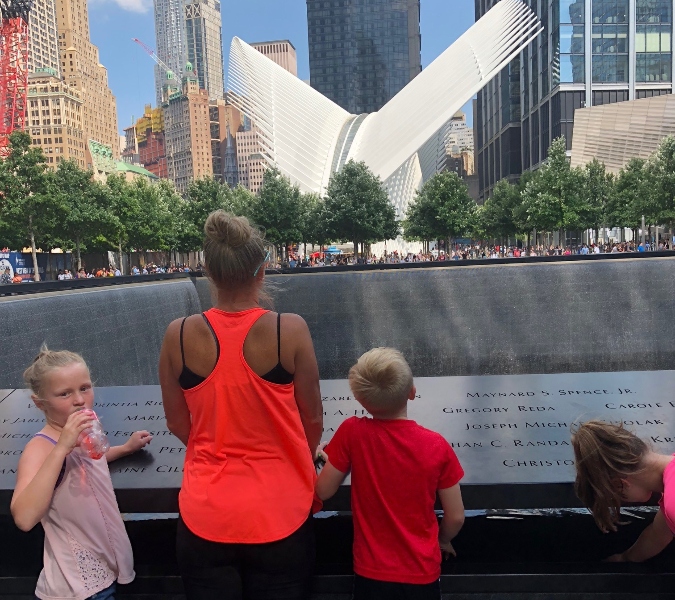 Almost 20 years later Americans remember 9/11 as an event that changed how we view the world.

We all know that date very well. On this day, one of the biggest most tragic events in American history happened. The World Trade Center and the Pentagon were attacked by terrorists who hijacked four planes, killing 2,996 people and injuring more than six thousand. This is a major event in Twenty-first Century US history, and this day will never be forgotten.

If you asked your parents or grandparents what major event happened before 9/11  that made the country go silent in a similar fashion, most of them would probably say John F. Kennedy’s  Assassination on November 22, 1963. Sadly, there will always be events in our time so jaw-dropping tragic that we will never forget.  In fact, we are most likely living through just such an event now because of the Covid-19 pandemic.

How do all of these major historical events compare, contrast, and even connect? Several teachers at Bellwood-Antis who were personally affected by each shared their ideas on how our country moved forward from these tragic events.

Mr. Robert Seitz  is a regular substitute teacher at B-A who is old enough to remember what was going on when the assassination occurred. On that day, he was in the third grade.

BluePrint: How old were you and where were you when you found out about Kennedy’s assassination?

Seitz: I was nine. My mother told me when I got home from school.

BluePrint: How did your parents react to Kennedy’s assassination?

Seitz: They were both pretty upset, he was a popular president and it was just a tragic circumstance overall.

Seitz: I think for a while people were wondering what happened and why, and even if it was a conspiracy or not. Plus with Lyndon B. Johnson becoming president he signed the civil rights act. He seemed like a good president up until he started escalating the Vietnam War with no end in sight.

BluePrint: How would you compare John F. Kennedy’s Assassination to the other major national tragedies like the 9/11 terrorist attacks and the Covid-19 pandemic?

Seitz: I feel that it compares more to 9/11 but not so much to Covid-19. Corona is definitely a national tragedy but more so in the sense of sickness and our ability to find a vaccine for it without overwhelming our hospitals. 9/11 and JFK, however, were terrorist and personal attacks on our country.

Mr.Matthew Elder is old enough to remember what was going on when 9/11 took place. He was a seventh grade student at Tyrone in 2001, and and now he is a history teacher in the high school.

BluePrint: How old were you and where were you when you first heard about 9/11?

Elder: I was in 7th grade. We were in English class reading the Hobbit when the history teacher came in, plugged in the tv, and turned it on just in time for the second plane.

BluePrint: What was your initial reaction when you found out.

Elder: Honestly pretty confused. I had never been (to New York), but I knew it was far away. I couldn’t figure out why people here were worried that we were in danger, but I was also only a seventh grader at the time.

BluePrint: How did this impact your life as well as your families(if so)?

Elder: I mean, security measures went through the roof! It’s crazy now to think how lax things used to be before the attacks.

BluePrint: What did you think of the government’s reaction to the attacks and how they increased security measures for the United States after?

Elder: Our increase in security was definitely an improvement since the measures we have taken have made us more safe.

BluePrint: How did the country and people in your area react for the following weeks after the attacks?

Elder: I think everyone, for once, was on the same page with making the country more safe. Everyone was certainly more vigilant.

BluePrint: How would you compare the 9/11 attacks to the other major national tragedies like the JFK assassination and the Covid-1 pandemic?

Elder: I remember hearing my grandparents and other people talk about remembering where they were for JFK and thinking that vivid memory was silly, until I experienced 9/11. I’m interested as a history teacher to see how Covid and that day in March is remembered.

Gabriella Finn is starting her senior year at B-A while Mrs. Ali Stinson is one of the most popular teachers in the high school. They provided insight on the COVID-19 lockdown from a student and a teachers perspective.

BluePrint: What was your initial reaction when they said we wouldn’t be returning to school?

Finn: I was disappointed because I couldn’t see my friends.

Stinson: Initially when they said two weeks I was okay with that, but when they announced we wouldn’t be returning for the remainder of the year I was super sad and disappointed. I missed my class and students and I knew so many end of the year events wouldn’t happen.

BluePrint: Did you expect Covid-19 to turn into the huge pandemic it did, and did you ever feel like we might never get back to normal?

Finn: No, I honestly thought it would go away. I really thought life would go back to normal by now.

Stinson: I was hopeful it wouldn’t be as bad as it has been and yes, sometimes I feel like this is supposed to be normal now.. but it still isn’t normal to me.

BluePrint: Do you feel that the US took the right precautions for Covid-19 at first or even up to this day?

Finn: No, the US should not have shut down, it killed our economy.

Stinson: I think that there were definitely pros and cons to everything. Where one thing was positive, it potentially affected another facet of our society negatively.

BluePrint: How would you compare Covid-19 to the other major national tragedies like the JFK assassination and the 9/11 terrorist attacks?

Finn: This pandemic is the worst thing to happen to the US since 9/11 definitely. It also has lasted a lot longer than the other two events. However, I feel like people are overreacting too much and they need to calm down.

Stinson: All of these events have impacted and changed our “normal”. Our nation always rises from the ashes and becomes stronger from these types of events. It is my hope that people choose to see the good amidst the chaos.

Overall you can see how much each historical event has affected America and its citizens to this very day. 9/11 is a day that no one will forget. The Kennedy assassination stayed with Baby Boomers for the rest of their lives. Their occurrence  helped shape the US to what it is today, and the memory of those lost on those day will live on.

Time will tell if the COVID era enters that peculiar set of time periods that shape the world for generations.