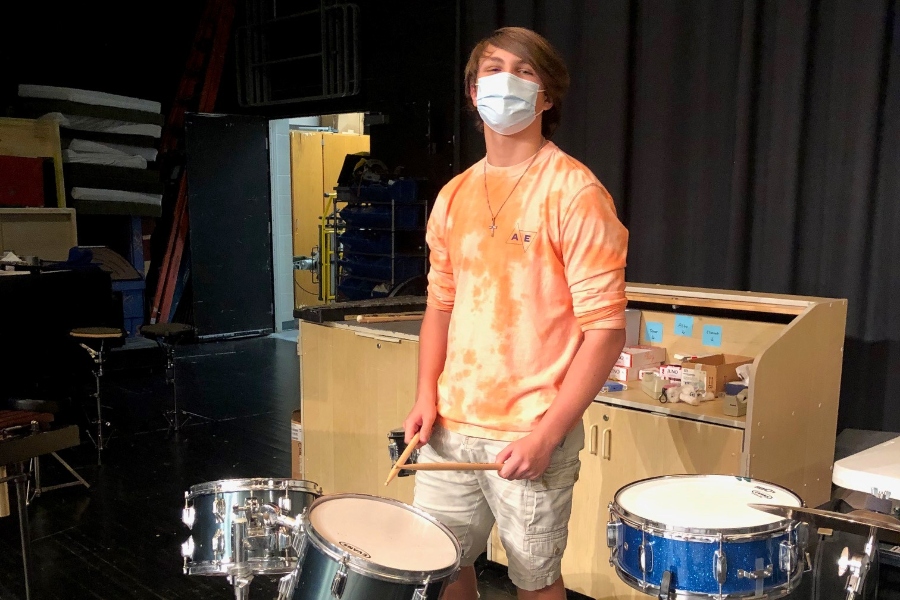 Damon Mills excels in the performing arts whether on one of the seven instruments he plays or with his vocals.

Bellwood-Antis sophomore Damon Mills is not only skilled in the classroom, but he is also quite the prodigy in music. Playing seven instruments, including piano, drums, violin, bass, ukulele, and harmonica, Damon has his hands full.

Damon’s path to loving music started when he was very young. By the age of ten he spent most of his hours practicing to play the piano and guitar.

He plans on using his talents past high school and going into performing arts and theater in college. Damon has his eyes set on Penn State University.

Being musically inclined has opened many doors for Damon.

“Music has made me friends, and has allowed me to be a bigger part in school activities, and my social life in general,” he said.

Damon also loves the fact that he can perform saying, “I enjoy being able to entertain not only my friends and loved ones, but also crowds of people I have never met before.”

Chorus instructor Beth Hull says, “Damon is a naturally gifted musician, His desire to learn and make music all the time sets him apart from other musicians. That passion to explore music will take him anywhere he wants to go in the music world.”