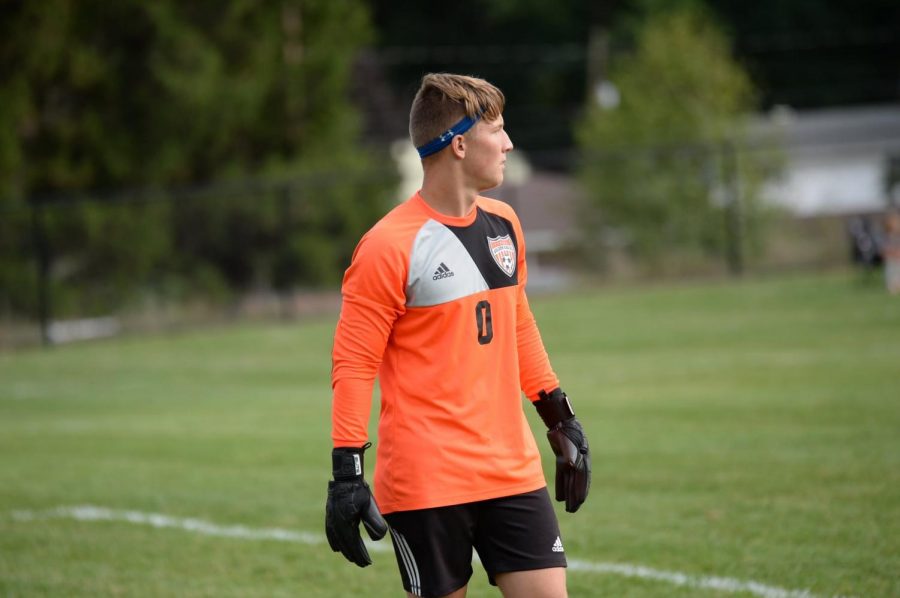 Landon Bungo allowed just one goal in the soccer team's first match, but the Eagles lost 1-0.

The Tyrone/Bellwood-Antis boys soccer team got its season started off Monday yesterday at home against Philipsburg-Osceola. It was a tight game, but the Mountaineers edged out the Eagles by a score of 1-0.

The game was physical and Tyrone seemed to dominate the ball throughout most of it. The 0-0 stalemate was broken in the second half with what would be the game winning goal.

The Golden Eagles played well despite the loss. Although their season didn’t start out how they wanted, there’s a lot to be excited about for this 2020 season.

“We played an outstanding game with many of our guys playing the full 80 minutes,” said Coach Alex Bartlett. “I couldn’t be prouder of them. Soccer is a beautiful but cruel game. Sometimes the better team doesn’t always win.”

Tyrone’s next game is scheduled to be played Wednesday against Clearfield.

Also yesterday, the Lady Blue Devil volleyball team fell in the first game of its season, losing at Everett in straight sets, 3-0.