GAME ON: The Rome series 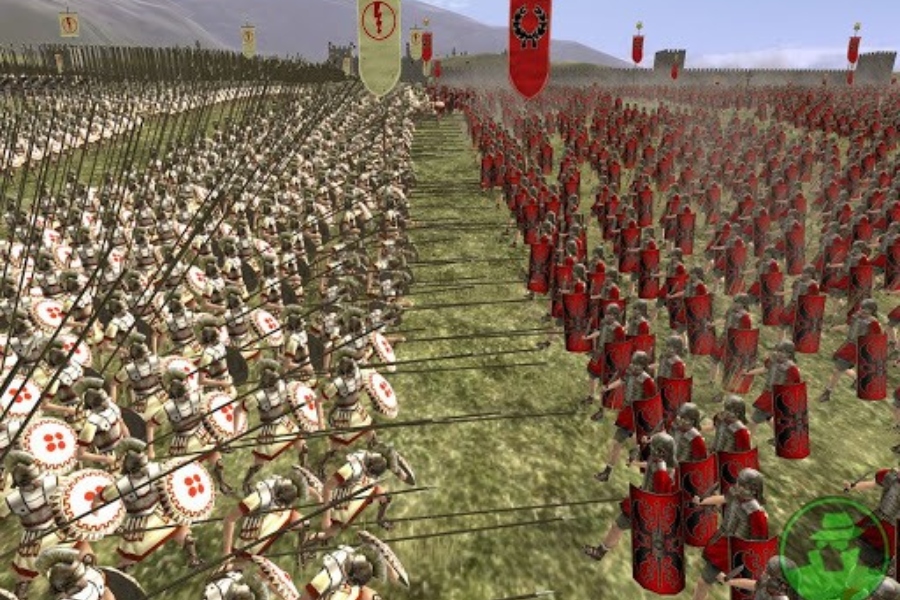 This week Game On compares the games Rome I and Rome II.

The Total War game series is very popular among many people for its beautiful blending of turn based strategy and real time tactics. The goal in all these games is simple, to rule the world. You take the position of the ruler of a nation and must expand through war and conquest. A significant advancement in the series fame in Total War Rome which allowed for movement choice on the map, rather than having movement tile based. Then almost a decade later Total War Rome II was released with many improvements and game play changes, but not all of them were for the best.

The maps for one were very different. Obviously the map in Rome II has much better graphics and is way more detailed. The developers also added the feature in which larger cities were depicted as larger on the map. In Rome I cities’ depictions changed as buildings were built, especially walls. In a bid to better the atmosphere a little the developers also added clouds to Rome II, which, while good in theory, serve only to obstruct the view of the map. Another thing that was changed was the territory system. In Rome I cities were their own province, but in Rome II several cities were grouped together into provinces. For the most part this has little effect on game play, however there are certain things that can only be built in the province capital. Also, this means that when one city is affected by something all other cities in the province are also affected. This can be really annoying when it comes to unrest and plague. It also makes little sense as there are usually cities closer than the ones in the province that are unaffected. Aside from graphics I personally prefer the system in Rome I.

When it comes to construction there are two kinds, that of building an army and that of building structures. When building forces in Rome I you can build a single unit at a time in each city. This system gets annoying after early on as you will have extra money and need more men. However, Rome II has a way worse function, and a way better function. On one hand you can build several units a turn while in your territory, not necessarily in a city, but on the other hand you need a general for each army. These generals are severely limited. The general count has a set number. In Rome I you got a general also whenever a son turned 16 within your faction, this was random and there was no guarantee of sons being born. This could be very irritating if you could not get sons. This being said armies could move and be left places without a general. You could decide how many men to put into a city. In Rome II however every army needed a general and no army could be left someplace without a general. Meaning you have to leave cities virtually defenseless. You can build structures that supply garrisons, but those are not nearly enough to face any real attacking force. You can not guard everywhere so if attacked several cities could be taken before any army could reach the attacking force. Herein lies my biggest problem with Rome II.

Other games in the series have done different and better features to a similar effect, but Rome II comes tragically short in this regard. Therefore Rome I is much better in this regard. This being said Rome II has a larger diversity of soldiers available, but it just does not make up for the other problems in building an army. As for building structures, there is not much to say. Rome II has structure trees that forces you to make choices as to what to build. If you build one thing then other options will be closed off. This means there are more possible structures, but they also made it too easy to max out structures. This is especially true since one may build several structures at the same time, where as in the original each city can only build one structure at a time. Rome I does not have the choices of its reincarnation, but it takes forever to max out the buildings, and managing the finances to do so is difficult. Although Rome II does add the feature of increasing the number of building spaces as cities expand, it also has buildings that need to be destroyed immediately upon capturing cities. These buildings are not compatible with other factions for the most part. This means that even if the structure is the same, it hinders the player. All cities are basically started over from square one if you want to improve them once you conquer them. It is troublesome and really nullifies any other advantage that Rome II might have in this category. Rome I might have nonnative buildings, but they do not actually hinder the player much. Therefore, once again I would give the original version the victory.

Diplomacy operates much differently in the two games. In Rome I the player needs a diplomat to send out and make deals. It is also much easier to make agreements, both trade and alliance treaties. However, other than the other Roman factions, wars will not for the most part be joined by allies. In Rome II you do not need a diplomat, but it is much harder to strike deals with other countries. Alliances also mean something, which I am very glad about. In this category I would say that Rome II is the winner.

One thing that Rome II has the original completely destroyed in is politics. The original for the most part only has politics in that the senate sometimes sends you on missions and accomplishing them gains approval. You need approval to eventually fight the other Roman factions. In Rome II, however, you lead a unified government and have a majority in the senate. You need to keep power by subverting the other rich families in the republic, but avoid civil war by keeping them happy with your rule. The player has many options for actions that can be taken separate from every other function to achieve these goals. This was an absolutely superb feature added and makes the game all the better.

Both games have rebellion and civil war. Rebellions work similarly in both games. When  city is unhappy the citizens rebel. Both also have slave/gladiator revolts. There is one crucial difference though. In Rome I if a faction is destroyed that is it. It will not come back, however in Rome II a faction may make a return if the people revolt and retake their city. This does make for some interesting conflicts. Rebellion might be similar, but civil war is much different in both games. In the original at the end of the game the factions must fight each other to gain the land needed to win. This happens when they are liked enough by either the senate or the populace. In Rome II however if you make too many political power moves at once the player can upset other political groups within the government and they will take over a few cities causing a civil war. You will then need to fight them and retake the cities. It is for these reasons that Rome II is a good game. In regards to this category Rome II is far superior to its predecessor.

Now that all the map and turn-based stuff is through, let’s get to the interesting bit, battles. When the player wants to take over a city or wipe out an enemy army the computer zooms in, you place your troops and then you send them into fight. There several things Rome II improved upon. First of all the player can control two full armies in battle, meaning 40 units in total. This is a definite improvement from the original as it made it so you either had to let the computer control reinforcements beyond 20 units, or wait until units were wiped out for those reinforcements to enter, neither was a good option. One complaint I have for this though is that Rome II still requires a general for both armies, you can not make a single army of 40 units, which really does not make sense. Rome II also added beach landings. It is a great feature. Units get their own ships to land and fight on making for interesting combat sequences. One bad thing is that you can not control the ships once the unit leaves it, so they will most likely get in the way of other ships landing. Rome II also allows you to command ship battles personally as opposed to the original which always has the computer do it. The battle sequences also had several user friendly touch ups in Rome II. Firstly, it allowed you to lock groups into a formation. This meant you could order them to move without changing how you set up the army line. Rather in Rome I you had to reset up your formation manually every time you move the line. Rome II also added the ability to use the arrow keys to move units. This allows you to move them perfectly forward, to the right, the left, or backwards without it breaking its current unit formation. These are great features and massively improve the game, however there is one thing that is worse than the original. The graphics. While the cities are more detailed and structures are less blocky the individual soldiers are little less detailed and hold up less when zooming out. They become less detailed at smaller distances in Rome I than in Rome II.

This being said I can not overlook the other improvements in combat. Rome II has once again beaten its predecessor.

The last category is something most people probably don’t consider when looking for games. That is historical accuracy. Truthfully, I believe Rome II is much more historically accurate than Rome I. Part of this can be attributed to the need for generals, the senate and politics, and the way they set up civil wars. There is one more thing though, the factions. There are way more factions in Rome II than the original. This can mainly be attributed to the fact that Rome II splits the bardbarian and Greeks up into tribes and city states whereas Rome I combines them into the nations of Gaul, Britannia, Germany, and a unified Greece. Rome II is definitely more historically accurate.

So, which game is better? This can definitely be put up to preference. I enjoy both games and both do some stuff better than the other. I personally think that Total War Rome II is the superior incarnation of the game. This being said I do think that it could have been better for how much time separated the two games. I will continue to play both games, but Rome II is better for its technological improvements and enhanced features that had been developed for almost a decade. If you are looking for a strategy game to play, I would definitely recommend both, but if you are just starting out I would say play the original as it is simpler and better for people who are newer to the Total War series.