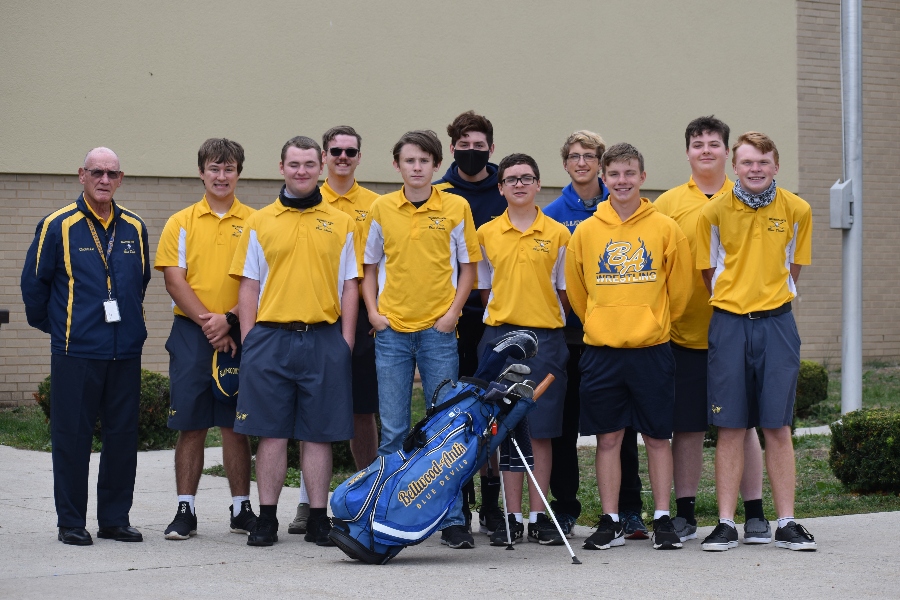 The B-A golf team separated itself from the ICC pack during a championship season.

The golf team played well all season, putting up a 10-3 record with a balanced group of players who took turns shooting outstanding scores.

At the ICC meet, junior Ethan Brown led the Blue Devils with a score of 95, while senior Noah Patton shot a 97.

“It feels like all four years were successful in leading to a perfect run of the ICC, being 10-0 in the conference and 10-3 overall for this senior season,” said Noah Patton.

It was the first time the Blue Devils have won the ICC since 2011, making it a major milestone for the program.

“I was a little surprised but the team was playing really well the past few weeks,” said Coach Galen Claar. “They worked hard this year and are very deserving of their success. I could not have asked for a finer group of young golfers as I was blessed with!”