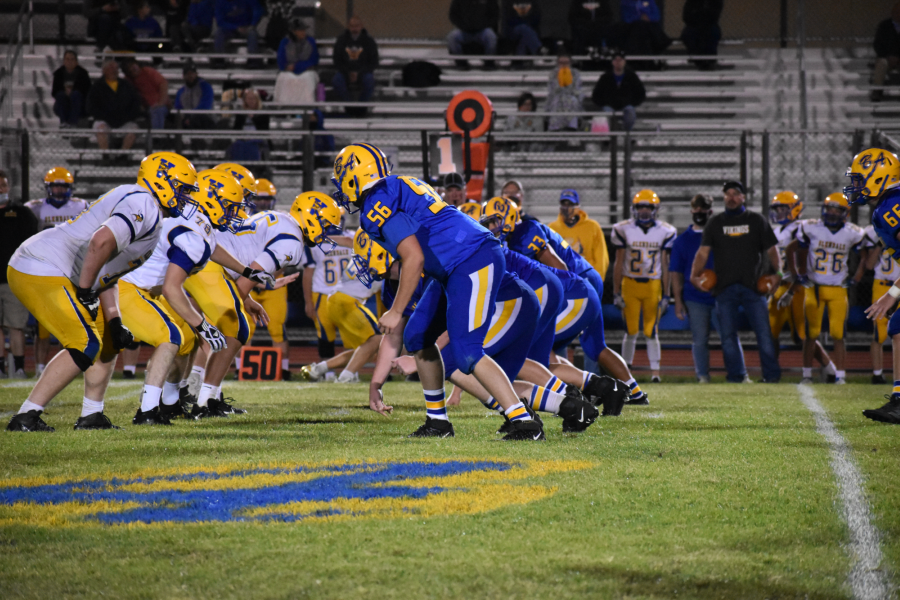 As seen in this photo from Friday's game against Glendale, the decision has been made to increase capacity at B-A football games.

Last Thursday the Bellwood-Antis School Board met and discussed how many spectators they would allow at sporting events.

Tyrone and Altoona were among the schools who increased their capacity earlier in the week, with Altoona permitting up to 33 percent capacity at Mansion Park for football games.

By the end of the meeting the board decided that they would indeed raise the spectator limit, as well.

For volleyball, each Bellwood player and opposing players will have the opportunity to purchase two tickets for games at Bellwood-Antis High School.

Social distancing guidelines still apply, and each spectator must wear a mask at all times while inside the gym or at the stadium.

This increase in spectators was implemented for the first time in Friday night’s football game against the Glendale Vikings.  It seemed to be a great success an opportunity for the community and parents to come out and show their support after months of limited time in crowds because of the COVID-19 pandemic.

When asked why the decision was made to only allow football players to have four tickets and volleyball players two, rather than moving to full capacity, B-A Superintendent Dr. Tom Mclnroy stated, “At the end of the day the health, safety, and welfare of our students, parents and community comes first.”

The ICC also met last Wednesday to discuss spectator limits for fall sports .  In summary, they ultimately decided that for indoor sports each player is only allowed to give out two tickets.  For outdoor sports such as football there is more leeway in how many tickets each player can give out.

In response McInroy said, “The ICC has their own rules, but we must consider what is best for our students, parents, and staff”

While some fans may feel like the increased attendance is still not adequate, at least fans of Bellwood sports can now come and show their support.