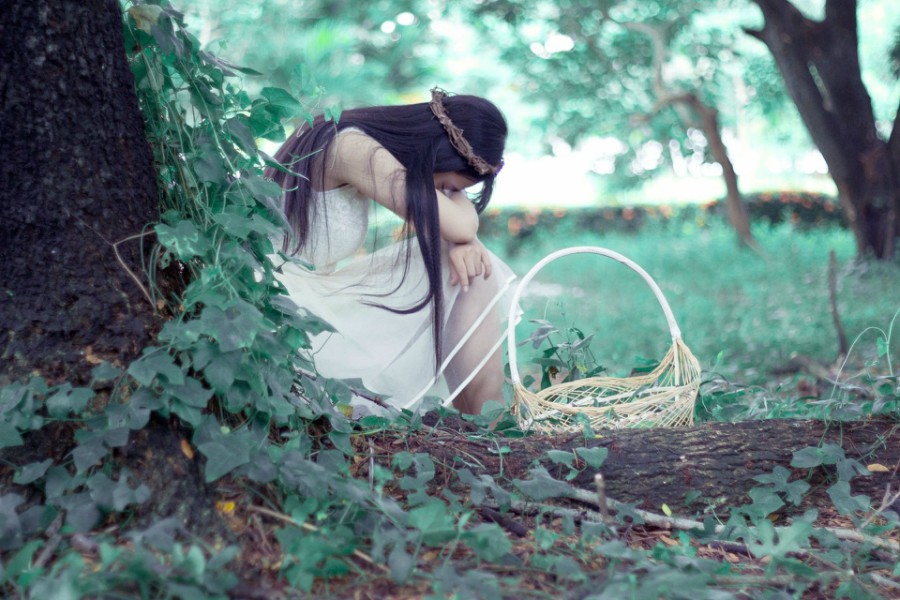 My life, in the beginning, was simple and plain, like the kind of boring music you would fall asleep listening too, until it kind of all went down hill. Well, you can find out why later.

It was a cold, dark, snowy winter morning in the town of Loch Lomond, Scotland. I was living in a home owned by a raggedly old man. Everyone called him the crazy man on the hill. The townsfolk did not care for him very much. He was a mean, grouchy old man and he hated everyone he ever met, till one day, I showed up on his doorstep.

Two days earlier I decided to walk up the hill where the man lived to say hello. Because, people told me not to go. That he was too grumpy. But, I wanted a challenge. So I decided to walk up that hill and make friends with him. When I got to the top of the hill, I realized that I should have listened to the townsfolk because it was so dark and gloomy up here there was somehow no sunshine, it looked like a storm was going to hit at any second. I was never going to be able to seem happy and bubbly to him with this weather.

“Who are you?” His voice sounded rigged like sandpaper.

He gave no response. He just stared at me and my outstretched hand with intent with his eyes that looked like the devil was in there. We just stood there for hours it seemed.

“Well it was nice to meet you,” I put my hand down, “I hope you have a beautiful rest of the day, goodbye.” I started to walk away when he grabbed my arm.

“I like you, and you should know I hate everyone, and I mean everyone.” He just stared at me. “And before you leave, I have something to tell you.”

“What is it? He quieted his voice to a whisper.

The next day I brought him muffins. I came to the door and knocked, but no one answered. The door was unlocked, so I walked right in. That’s when I found a trail of blood on the floor leading to the bathroom. When I saw it I was petrified. What I saw in the bathroom was the man dead on the floor, his hair gray as pure silver, his cloudy eyes wide open, his shirt ripped wide open, but the shocking thing was that there was a big splatter of green and blue across his chest. I was about to touch it when I saw a note beside John’s body. I picked it up. It was written in tiny black letters.

So that’s what his name is.

I need you to forgive me for what I’m about to do. You have been with me through thick and thin. We have known each other for years and years now. You were my first friend and then my first lover. I stopped being a virgin with you. I know I left you those many years ago back in the states, but I decided that I wanted to go back to you. I just wish it was for the right reasons. Lastly, I  just wanted to let you know that I love you John with all of my heart.

That’s where the note ended; the ending signature was ripped off. This was a note from John’s killer. Then I tried to touch the splatter again, and almost did when someone screamed something.

“Stop, don’t touch that,” yelled a young 20 year old bleach blond with bright ocean blue eyes, standing in the doorway to the bathroom.

“I’m Alice and because it is,” she paused “You need to get out of here right now, what’s your name.”

“It’s Belle and okay, I’m leaving,” I started walking away and was almost out the door when she grabbed my arm.

“You can’t leave,” there was a sound of terror and shock in her voice.

“Why not, you just told me to leave.”

“Just because, now grab my hand and come with me.”

Before I could say anything Alice grabbed my arm and everything went black. When I opened my eyes again Alice and I were standing in an open field.

“We are in the magic realm and all of what just happened will be explained later,” she assured me.

We walked to a beautiful blue and pink sparkling castle. We went down a flight of stairs and then we went into a dark dungeon, but it was also an office. With a woman inside. She had dusty blond hair which was in a bun at the nape of her neck with what looked like a knitting needle in it. Her eyes were bright green with makeup hiding her dark circles from lack of sleep and stress. She had bright pink checks which could just be blush, with a vibrant red rose color lipstick on. Her lips looked like they were stung by a bee. She had on business attire which consisted of a dark blue jack, white shirt, matching dark blue pencil skirt with her shirt tucked in, and 12” black stiletto heels.

“Hello,” her voice was soft and calm.

“Hi,” my voice was scared and timid, “What am I doing here.”

“That you are someone special,” she paused, “but that will be explained in due time. But first, my name, call me Professor Frost”

“Nice to meet you, Professor Frost, I guess.” It’s dead silent in the room.

“Oh sorry, I’m Belle. But I thought you already knew that.”

“I did, but that was a test to see if you’re who we thought you were.” Long pause. “Now let’s discuss some things here… you’re not out of the clear yet. We still need to be absolutely certain that you are Belle. One can never be too careful in this line of work.”

Your line of work?”

In an instant, I went from talking to Frost to being suddenly rushed into a room, which when I realized what was happening, I rushed to the door, but I was too late, the door was already tightly locked shut. The room was a terrifying black abyss. It felt like every fear I have ever had was in this room I was locked in with no visible way out. I am feeling for anything that would tell me what was in this room and how big it was. I walked about what felt like 1 mile before I hit something cold and hard. I knock on it, it turns out that it’s a solid metal door made of what I can only assume as steel or titanium.

“Let me out,” I’m screaming at the top of my lungs. What are they going to do to me? I’m going to die, aren’t I? But, it could be worse, it’s just an empty room. I think. At least I hope so. I mean like I didnt feel anything. Also, I don’t hear anything hiding in the shadows. Then there comes a noise stabbing through the silence.

No, no, no, no, no, no. I can’t die here. What even is here. Wait a minute, that’s the Professor. What is planning on doing to me.

“She’s not ready, she doesn’t know who she is and what she can do.”

That’s when shiny sliver machine guns start appearing, coming out of the walls. Well now I am surely going to die, there is no way I can survive this.

The guns start firing, I duck and cover my head.

“AAWW!” I was shot in my right leg. I fall to the floor. I’m now laying on my back. I then get hit in the middle of my left shoulder.

“Turn it off, she is getting injured, she’s going to die in there.”

The guns keep firing off round after round. But, I’m no longer getting shot. The bullets seemed to have stopped. But I can still hear the guns. What’s happening? Why did the bullets stop hitting me? Am I dead? Is this what death feels and sounds like?

“Okay, she has done what I wanted her to show us, pull the guns back in, reload them for the next victim.”

The guns stopped shooting. Okay, I’m surely dead. I have to be. Wait, I can still breathe oxygen. I looked up and lifted my hand into the air above me and felt something like a force field protecting me.

The door started unlocking and people started to rush in.

That’s when things started spinning and everything went pitch black