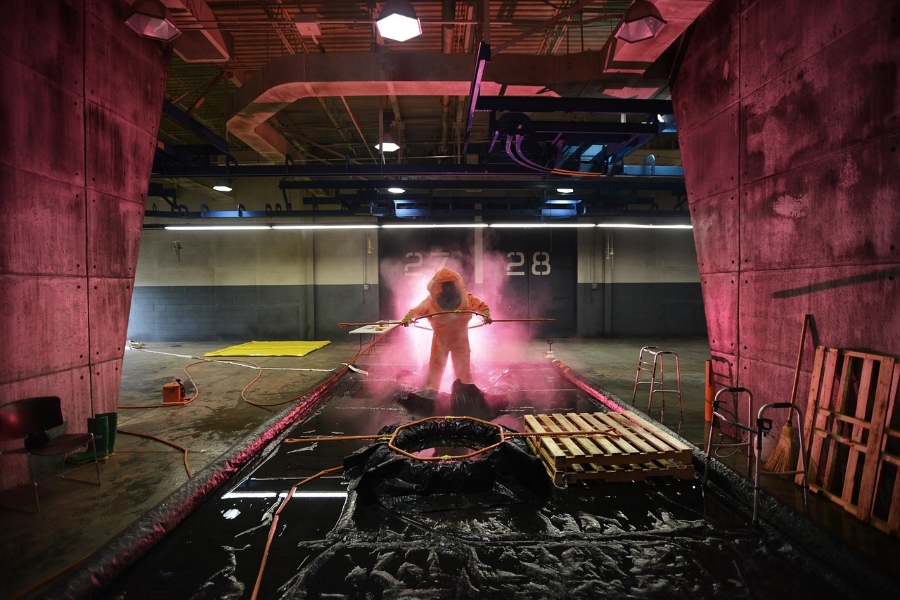 COVID restrictions have been tightening in recent weeks.

The Bellwood-Antis School District will now require students and staff to wear hazmat suits during the school day in preparation for another upcoming flu season.

Each year beginning in October influenza cases begin to rise steadily until about February when it reaches its peak.  It is expected that COVID-19 cases will spike again this winter, which could prove catastrophic to not only Bellwood but surrounding school districts.

This decision came from medical expert Doctor Zachary Mallon, who has been studying airborne viruses for 12 years and is famous for completing over 32 successful brain surgeries.

Mallon made his concerns clear in a press conference on Wednesday night, stating, “This virus is not something to take lightly and I think the best course of action for the school district to take is to make students wear hazmat suits.”  He later went on to say, “I know it may be an inconvenience and a distraction to the students, but I really just don’t care.”

Mallon was quickly rushed off the stage as his phone began to beep loudly and obnoxiously.

Even though this new rule is apparently in the best interest of the students and staff, some still don’t agree with it.  Some are saying it’s overkill, while others are saying it’s not enough and the school district should do more to protect its students.

Senior Jake Bollinger seemed to look forward to these new rules saying, “Hazmat suits look so cool, and I would feel like I’m in a movie.” When asked why he thought hazmat suits looked cool he answered by saying, “If we paint our suits different colors we could pretend to play ‘Among Us.'” (Among Us is a popular video game among teens)

One student opposed to the new rules was Junior Jack Luennsmann who angrily exclaimed, “I ain’t wearin’ no alien space suit to school.  If I wanted to wear a suit I’d become an astronaut and fly to the moon.”

Tensions about the new rule are very high and the school district seems to be divided.  It is a hectic time in Bellwood, and people are beginning to ask questions such as,  when will COVID end? Will I have to wear a hazmat suit to school? What’s for lunch? Am I safe at my own school?

Right now it seems only time will tell.