Blue Devils go to 5-0 with win over West Branch 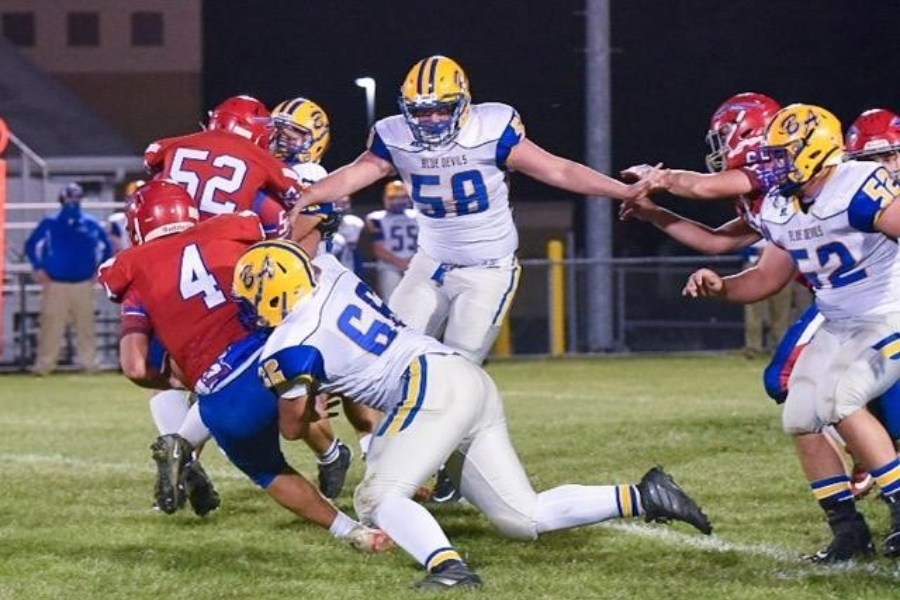 Cooper Guyer gets to the quarterback for a bone-jarring sack against West Branch.

Last Friday the Blue Devils put on a show against West Branch with a 44-7 blowout victory over the Warriors.

Yet again the run game seemed to be the difference maker in Friday’s game with the Blue Devils rushing for 330 yards as a team, but the pass game was what put BA on the board first with a 34 yard pass from Zach Pellegrine to Owen Shedlock for the TD.

Zach Mallon had 116 rushing yards, and 49 receiving yards, while adding three TD’s on the ground and one in the air, with a total of four on the night. In 4 out of the 5 games this year Zach has had 100+ rushing yards.

The defense played an extremely important part in last week’s blowout, with the Blue Devils defense holding West Branch to only 98 total yards on the night, 46 rushing and 52 passing. The Blue Devils also recorded two sacks and an interception as well.

“We played pretty well on both sides of the ball,” said Owen Shedlock. “We ran the ball really well, and we executed pass plays down field for some good yardage. Our defense executed really well last week, they stopped the run game and put the offense in a good position to score.”

This week’s game against Mount Union has been canceled due to a covid case in Mount Union.