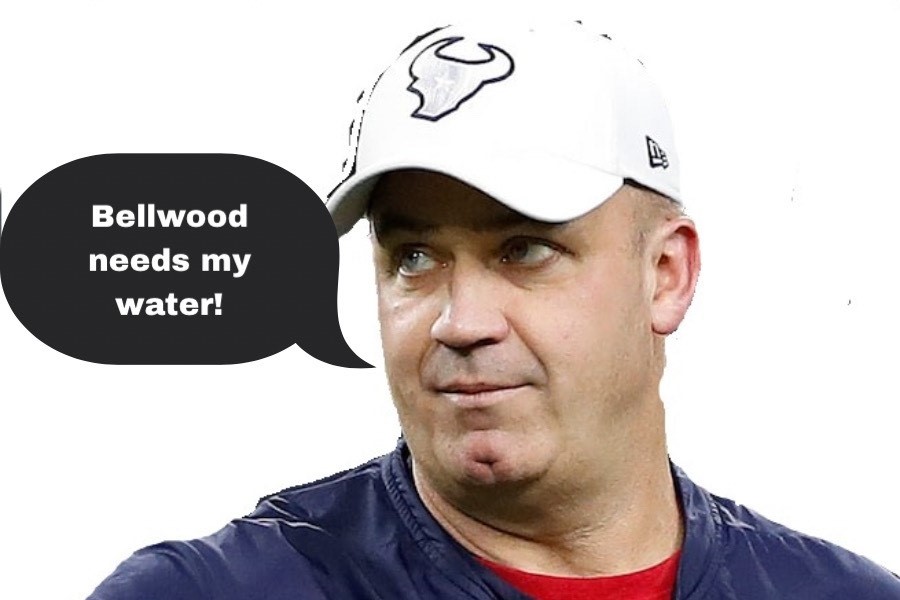 Bill O'Brien has his sights set on a job at Bellwood-Antis.

Some exciting news has come to Bellwood-Antis football.  Bill O’Brien, the former head coach of the Houston Texans, has expressed interest in being the new equipment manager/drink specialist for the football team.

O’Brien held a press conference on Tuesday at the Bellwood auditorium.  During the conference O’Brien made it very clear how he felt about the Bellwood-Antis football program with multiple comments made in regards to the great football environment in Bellwood.

O’Brien said, “Everything about Bellwood is great and to be able to carry the players’ bags in and out of the locker room is a fantastic opportunity, and nothing brings me greater joy than filling up water bottles.”

O’Brien’s responsibilities will include washing the players’ practice and game uniforms, repairing ripped jerseys, and filling up and cleaning water bottles.

Freshman, Jordan Hescox says, “My socks are so so stinky and now my mom won’t have to wash them.”

There is some controversy however.  Bellwood actually already has a drink specialist, Mr. Lovrich Sr (Coach Lovrich’s dad).

When asked what he thought about O’Brien possibly coming to Bellwood, Lovrich exclaimed, “There is no way I would ever let some second rate waterboy take my job.”

There is a lot of tension on the equipment/ drink staff but a few players have weighed in on what they think of the possibility of O’Brien coming to Bellwood.

Senior Nick Plank commented by saying, “I just love the way Mr. Lovrich makes the Gatorade.  When I’m thirsty there’s no other person I want making my drink than Mr. Lovrich- it just hits different.”

Plank left the interview with a smoldering look on his face that can only be described as one a male model would make on a runway.

For the time being it looks like Mr. Lovrich Sr will still be the Blue Devils’ drink specialist.  However, O’Brien made it clear that if Lovrich was to retire he would immediately jump on the opportunity to be apart of the Blue Devil football team.