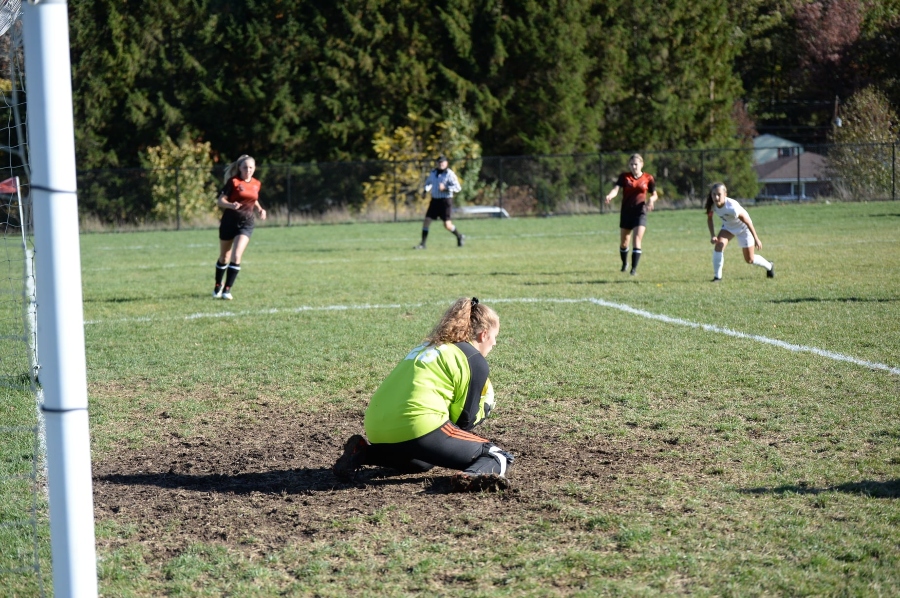 Jaylee Shuke got the shutout against Huntingdon, giving the soccer team just enough room to snatch a 1-0 victory in overtime.

On Thursday the Bellwood/Tyrone co-op girls soccer team came out victorious in a close game against Huntington.

The game was decided in overtime when freshman Lainey Quick assisted Eliza Vance for the game winning goal.

Junior goalie Jaylee Shuke had a great game with five saves, the junior’s second shutout performance of the year.

The girls improved their record to 6-5-1. With only a few games remaining the Lady Eagles are currently the second seed in 3A for the district playoffs.

The boys soccer team wasn’t as successful on Thursday, losing to Hollidaysburg by a score of 4-1.

Senior Andrew Tornatore scored the only goal in the first half to put the Eagles on top 1-0. However, Hollidaysburg took over in the second half, scoring 4 unanswered goals.