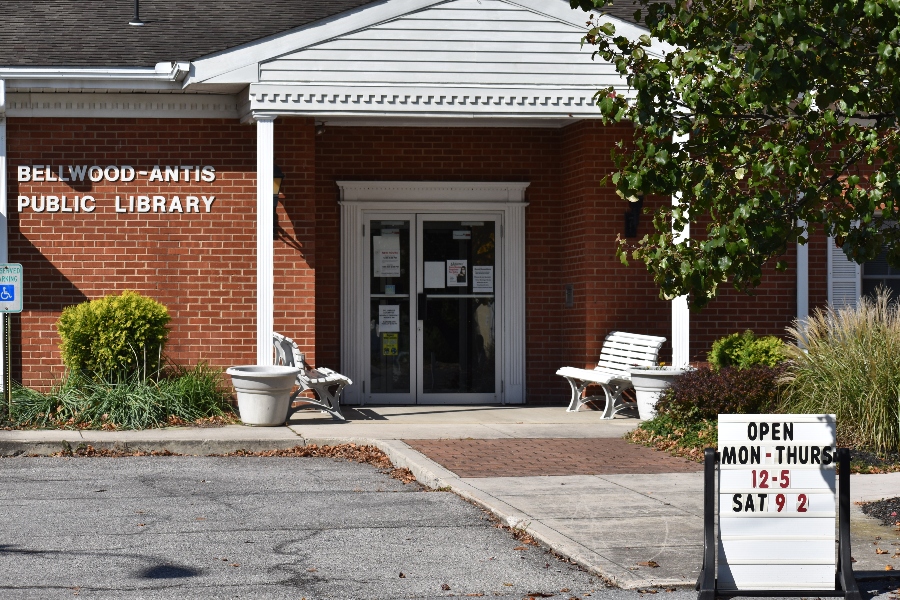 The Bellwood-Antis Public Library has been a service to the community from its current spot on Main Street for 40 years.

“To add a library to the town is to give a soul to the town,” was the general committee motto.

In erecting the new building on Main Street, the library added a children’s room, which was 5 times as spacious as the section of the old library, a refrigerator and microwave oven for club meetings, office and work rooms to be filled with furniture, and an adult reading area.

The PPG Foundation Fund Donated $40,000 in pledges, half of which was paid in 1980 and the other half  in 1981. They also donated all the paint for the library.

At the time 6000-square- foot building was the exact size the state of Pennsylvania recommended for Bellwood-Antis’ Population in the 1980’s. The main body of the building was framed along the walls with the existing high-quality maple shelves and the center spaces are occupied by six 15-foot ranks of steel shelving.

A new book depository was added under the front portico. In the children’s room they had furniture donated by the Shrivers, in memory of Elizabeth and Raymond Shriver. The office and work rooms were filled with Furniture and the Wrap-Around windows of the main office allows staff total vison control of all sections.

The biggest renovation came in 1997-1998 with a $500,000 expansion project that was finished in 1998. The most pressing addition was to the children’s room and it added an extra 50 feet. The idea to expand came when Sheetz moved from Main Street to its current spot on Route 220. The library inherited the land in 1997 and the idea to expand was started then.

The Bellwood-Antis Public Library has many different events annually to serve the community. Coming soon will be a vintage costume jewelry sale, backpack kits for families, grab and go book bags with books, a Christmas Bazaar, spaghetti dinner, and more!