ARTIST OF THE WEEK: Logan Mock 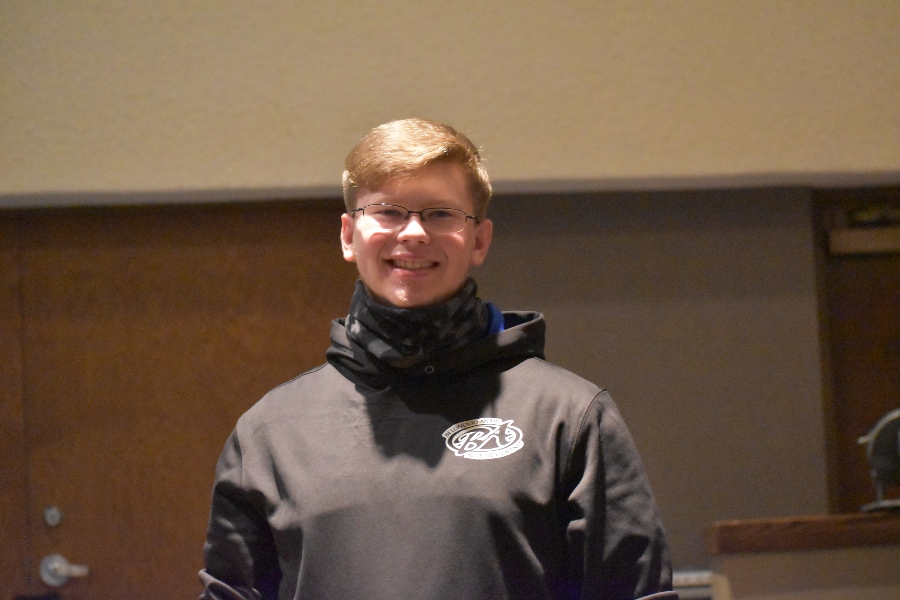 Student teacher Mr. Greenwalt has his eyes set on the Marines when he completes his semester at B-A.

Logan Mauk is a senior at Bellwood-Antis who participates in a variety of activities, form baseball to band. He was chosen as the BluePrint’s Artist of the Week for his talent of playing music. Logan has a deep family history with music and instruments, and he carries that with him in his own music career at Bellwood-Antis.

Blueprint: What has been your inspiration?

Blueprint: Why did you choose to join the band?

Logan: Originally I was exploring different activities as a young boy o I tried it out and I found that I liked to play music and perform and here I am still playing.

Blueprint: What instrument did you choose and why?

Logan: The instrument I chose was the trumpet. I picked this specific instrument because that’s what my grandfathers played and it didn’t look as complicated as the flute or clarinet.

Blueprint: What are your future plans pertaining to the band?

Logan: To perform professionally as more of a hobby than an actual job.

Blueprint: When did you start playing and how much did you practice?

Logan: I’ve been playing for almost 10 years. For practice it really just depends on the day, but normally an hour to an hour and a half.

Blueprint: Describe a typical day in the summer preparing/ practicing for marching band?

Logan: Normally we would do some practice marching routines to introduce newer participants with basics of marching which typically lasts 15-20 minutes. Then we would practice the routines for our music we would perform in sections until we have the March memorize then we apply our instrument and practice, but practice usually would be from 8-1.

Blueprint: How does it feel being a senior leader? What responsibilities go along with it?

Logan: I can’t believe sometimes that I’m a senior leader because everything went by so fast but it’s great. I love performing. Some of the responsibilities that come along with being a senior leader is that I teach and help improve techniques with younger performers, I teach what I learned from the leaders before me. I help fix some of the other trumpet players instruments if their mouth piece gets stuck.