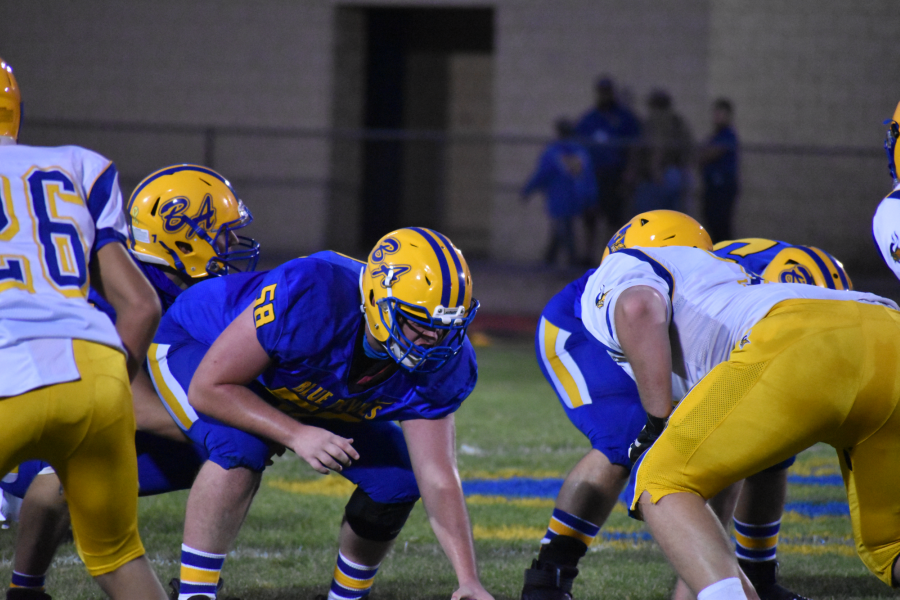 Bellwood gears up for tomorrow's playoff game against Bald Eagle.

It seemed about two months ago football would not be occurring at Bellwood-Antis due to COVID-19. But the PIAA ruled that football and other fall sports would be taking place this year, despite the situation. The Devils have taken advantage of every opportunity they have gotten, and their hard work has paid off with a record of 5-0 and a first place seed.

Unfortunately, last week’s game against the Mount Union Trojans was cancelled due to positive Coronavirus tests from the Mount Union Area School District. This moment was bittersweet for the blue and gold as it took away their opportunity for a competitive match-up, but it gave them time to prepare for tomorrow’s playoff game against Bald Eagle Area.

“Our mindset is to give championship effort all the time; at every practice and every game going into the playoffs,” he said.

Head coach Nick Lovrich is looking forward to this competitive playoff bout. “Bald Eagle is a really good team; last year they were the (District 6) 3A champions. Their quarterback has thrown for over 700 yards, they have good receivers, and teams have had trouble running against them. We just have to play with confidence and do our thing,” Coach Lovrich said.

Outside of games against Huntingdon and Philipsburg-Osceola, the Eagles only wins, BEA has struggled to score points, held below 20 points in three games. Quarterback Garrett Burns has thrown for more than 1,000 yards, and his top targets are Gavin Eckley (227 yards) and Owen Irvin (481 yards).

B-A has made its way this season thanks to its powerful running game, which is yielding 330 yards per game. Speedster Zach Mallon leads the team with 652 yards on 55 carries, while Connor Gibbons and Nick Plank each have gone for more than 240.

As the number one seed, Bellwood has a target on its back. “That’s something we’re kind of used to because for a lot of teams in the ICC, we’re the game they circle,” Lovrich says.

Due to COVID-19 restrictions, each school will be allowed 250 spectators for a maximum capacity of 500. Band members and cheerleaders will be included in this number. Each player will be given two vouchers to sell for the game.

The game will be hosted at Bellwood tomorrow at 7 P.M. EST.