Being the Minority in the Majority

What it is like to be a democrat in Bellwood, a conservative stronghold? 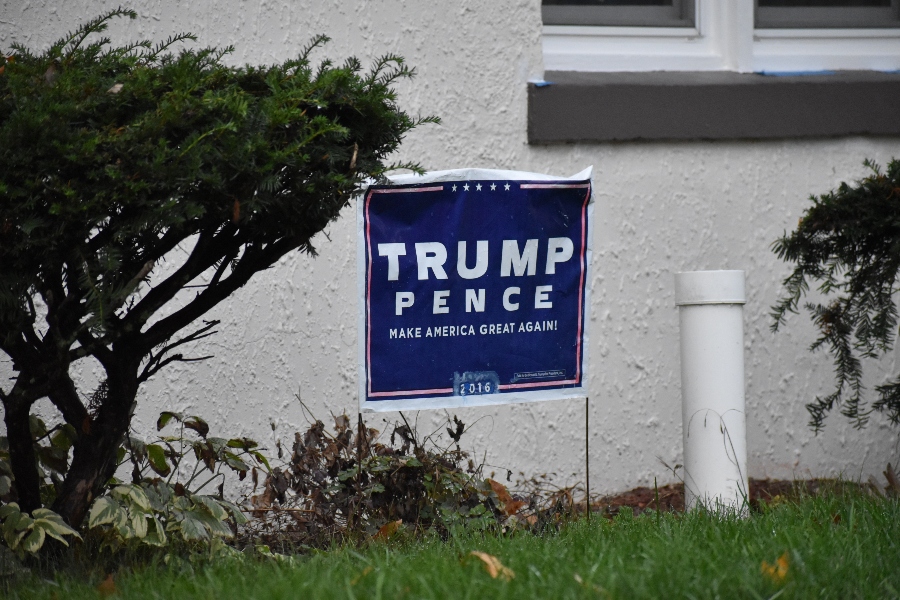 There's no denying Central Pennsylvania is Trump territory, but how does that work for members of the minority party?

A recent Gallup poll showed that we are living in an age of minority rule, one of the central features in this political era. The Republican Party represents a minority of the American electorate (25%), yet it controls not only all three branches of the federal government, but also most state governments.

The ramifications are clear. The United States Senate just completed the search for a new Supreme Court justice after the death of Ruth Bader Ginsburg, settling on conservative Amy Coney Barrett earlier this week. In the elections that determined the current Senate there were 15 million more votes cast for Democrats, yet Republicans maintain control and therefore get to confirm President Trump’s Supreme Court nominee.

Voting lines in the Keystone State are drawn in the shape of a “T”. The major Democratic areas in Pennsylvania are South Eastern Philadelphia and South Western Pittsburgh while the central and northern areas of Pennsylvania are conservative. The majority of the state claims the Republican party, but the urban regions in Pittsburgh and Philly are enough to swing the state in favor of Democratic candidates.

In Bellwood, however, there is no “T” concept or Democratic rule. The town of Bellwood has an undeniable Republican majority, which can make living life as a liberal or a Democrat tricky.

Take a walk through Bellwood less than a week before the 2020 presidential election and you will find multiple versions of Trump advertising. Yes, in every mile you may see a Biden sign or two, but not nearly as much compared to Republican party advertisements.

Wearing a Trump shirt would be completely normal in this town, where even flying a Trump flag from your truck has become ordinary. However, if a student were to have a simple 10” x 3” “Vote Biden” bumper sticker, they could be ostracized by the majority of the student body.

Feeling marginalized for political beliefs is common among students who are leaning to the left of the political spectrum.

Classmate Andy Miller, a lifelong Democrat who leans to the left, can sympathize with Hunter.

“I’ve always felt like I don’t belong in Bellwood,” he said. “It’s not because the town hasn’t been accepting of me as a person, but being surrounded by people who don’t care about the things I do is tough. It’s like being in a relationship with someone you have nothing in common with.”

High school history teacher Matthew Elder has his sophomores take a quiz each year that places each student somewhere on the political spectrum.

“Students tend to have more right sided views, which is common for the general area,” he said.

One reason for Bellwood-Antis’ lean towards the red is upbringing. Kids tend to initially believe what their family believes, and this goes for those on the left as well.

“My parents do share my political opinion. Although I would like to say I have developed my own political views based on my experiences in life,” Miller says. “There is no way to get around my family’s influence on my views. I went to Kindergarten wearing ‘Obama 2008’ buttons and attended several protests against the current administration with my family. I’ve grown up only with their views, and they’ve had a big influence.”

Many classes at Bellwood-Antis have a tendency to include political learning. A great example of this would be Mr. Kerry Naylor’s CHS debate class, where many topics and lessons are politically related.

Teachers try to give balance to the conservative majority by exposing students to opinions that run the gambit of political views, though it is not always easy.

“In general, I do see far more conservative views expressed in our debate class than liberal views,” Mr. Naylor said. “It creates a challenge in making sure opposing views are heard and not drown out. It can also be difficult when, during formal debates, a person who strongly identifies with the right is forced to defend a view opposite of their own. But even though it’s challenging, I think it’s very valuable to recognize opposing views.”

Senior Caroline Nagle, who identifies with the Republican party, believes there is definitely a conservative majority in the town; however, she feels the younger generation may even out the numbers.

“Generation Z has more left sided views compared to past generations, and students in high school may currently be following their family’s views, but I think in years to come they will think more independently, which may change Bellwood’s political spectrum,” she said.

Nagle makes an excellent point. A Pew Research Center survey conducted in January of this year found that about a quarter of registered voters ages 18 to 23 (22%) approved of how Donald Trump is handling his job as president, while about three-quarters disapproved (77%).

But is Generation Z powerful enough to equalize the town of Bellwood’s values? Or is the only way for a left leaning citizen to feel normal to leave the town completely, like Gregg expressed?

An exit to greener pastures may be the only option for someone like Hunter, who says the current conservative climate makes him feel targeted.

“Trump is such a conservative president that other conservatives feel empowered to attempt direct attacks on human rights. As a gay man, I feel especially targeted by the conservative agenda,” said Hunter.

Other Democrats like Andy see hope for the town of Bellwood.

“It’s definitely discouraging to see so many of my peers take up stances against what I believe in. I will say however, it makes it all the more sweeter when I find someone who has the same views as I do,” Miller said. “Even in a traditionally conservative town such as Bellwood, there are shifts occurring in the political structure, and I believe younger people are seeing liberal views as more favorable.”