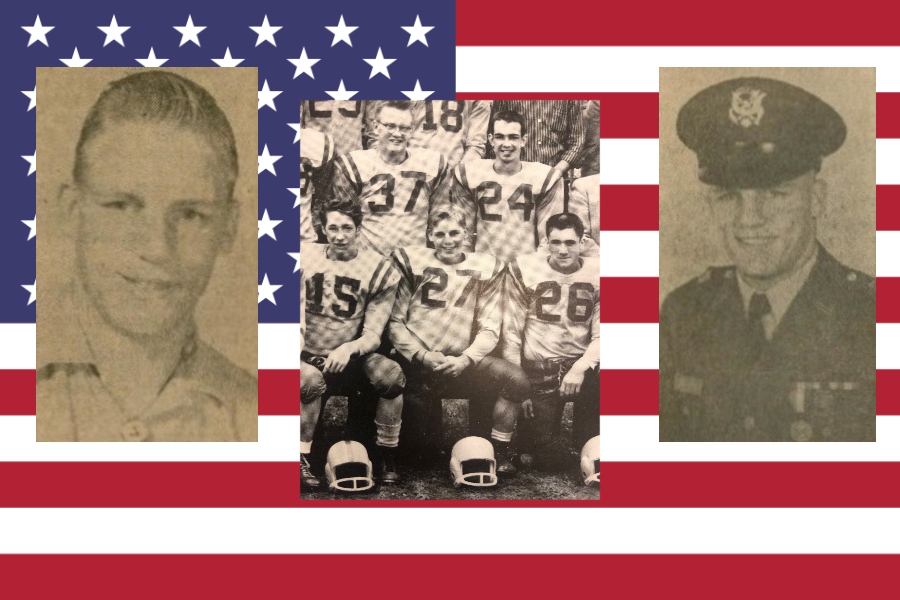 James "Whitey" Stephens is a true Bellwood-Antis hero, having sacrificed his life in the Vietnam War while leading his platoon in battle.

Veterans Day is a day to remember all veterans, but none so more than those who have paid the ultimate sacrifice, like Bellwood-Antis graduate Captain James Calvin “Whitey” Stephens, who led his troops on a search that had fatal consequences.

Stephens was mortally wounded on April 28, 1967 while leading his troops on a mission in the Vietnam war.

Back home, before enlisting in the army, Stephens was your typical high-achieving student. A graduate of 1960, in all his years of school he only missed a half day of school in second grade. He even skipped his third grade year. Stephens was an excellent football player and a member of the National Honor Society. Always a leader, he was president of  his senior class  and involved in many different academic clubs.

Stephens went to college at Western Maryland and continued his academic success, but eventually he enlisted in the army in 1966 and served in Vietnam in the 1204, 3rd squadron, 11th Armored Cavalry Regiment/L Troop.

Stephens was responsible for a major defeat of the enemy and was brave enough to lead his soldiers to victory when he guided his troops through Dau Tieng, South Vietnam to a base camp where the enemy was found. Stephens led a counter attack against the Viet Cong but sacrificed his life in the process.

Among many different awards that he was presented posthumously was the Silver Star Award.

In his honor, his graduating class created a scholarship in memory of their fellow classmate, who lives on at Bellwood-Antis as a national hero.

Further honor came from Western Maryland, the college he attended, which began awarding  the James Stephens memorial award in 1968. Two years later in 1970, Antis township named a memorial park in his memory.

Captain James Calvin “Whitey” Stephens was an extraordinary hero unlike any other. Although he is no longer with us today, we honor his achievement’s and celebrate his bravery on Veterans Day.