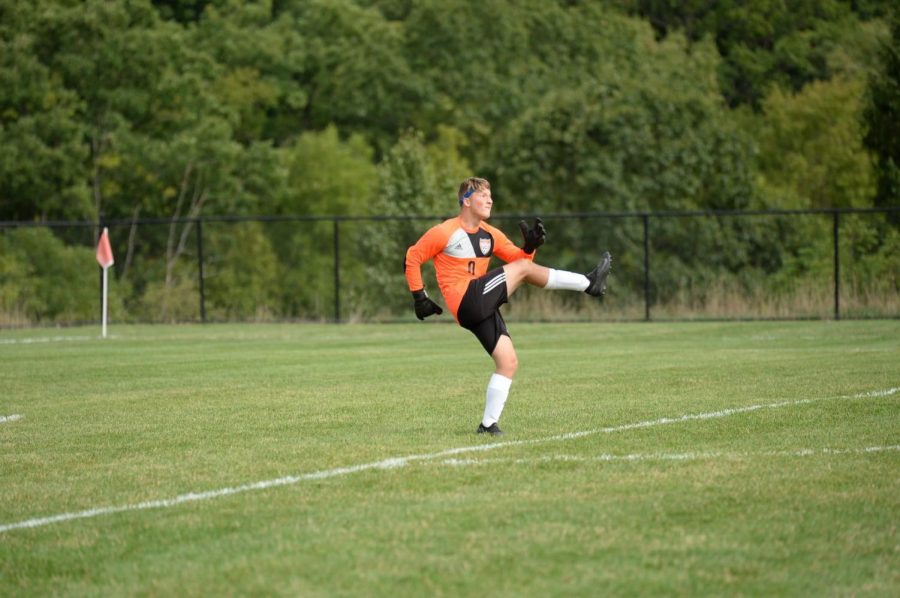 The Tyrone/Bellwood-Antis co-op boys soccer team was the lowest seed heading into the playoffs, but with their recent upset win over Bellefonte they’ve found themselves in the district championship game.

Tyrone will take on Hollidaysburg in a rematch of last year’s district championship. Last year, Hollidaysburg won in a thriller by a score of 3-2.

The game will be played on Thursday at Mansion Park in Altoona at 8:00.

Tyrone should be coming into this game with some confidence after their most recent performance.

The Eagles played their best game of the year as they beat Bellefonte 4-3 on a last-second goal by Alex Taylor. The Red Raiders were the number one team in the district and averaged about 7 goals a game. The Eagle defense was able to hold The Red Raiders well under their season average at only 3 goals.

If the Golden Eagles play up to their potential they are more than capable of pulling off the win on Thursday night.