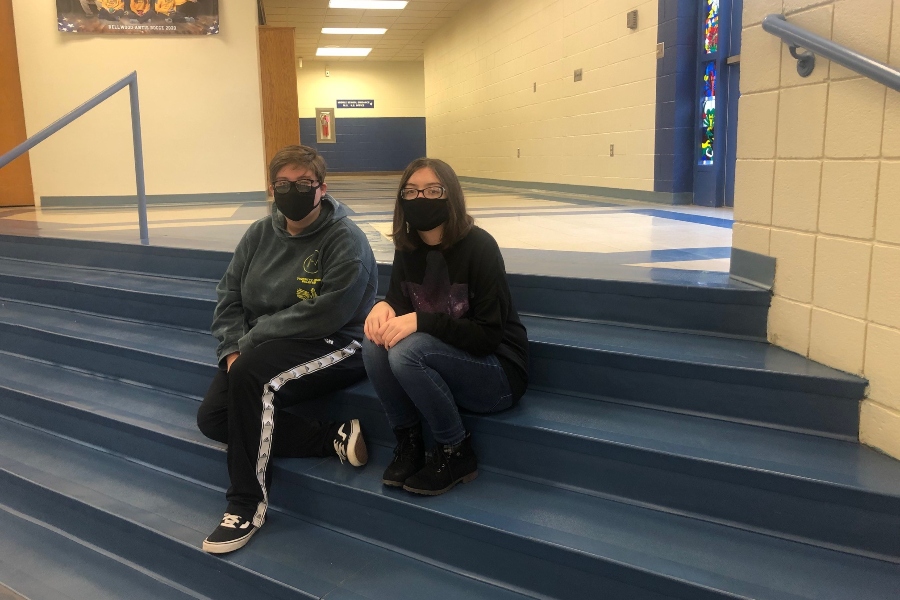 Kate Wallace was first in drama, while Abi Eckenrod finished second in persuasive.

“Both girls worked hard to prepare and practice their speeches, ” said speech coach Mrs. Kathy Taylor. “I was pleased that they were able to participate and place well.”

Because of Covid-19 restrictions, in-person speech meets may not occur at all this season.

The virtual meet was set up through Google Meet. While there were some worries about connection issues, it seemed to work out.

“The speakers, judges and I met at the middle school. I shared the link with the speakers and from there they were put in break out rooms with students they were to compete against,” explained Mrs. Taylor, who also credited older members of the speech team for lending a hand at the meet.

In her performance, Wallace acted out a scene from the movie Inside Out, while Eckenrod tried to convince her audience that everyone should have to take a music class for at least two years.