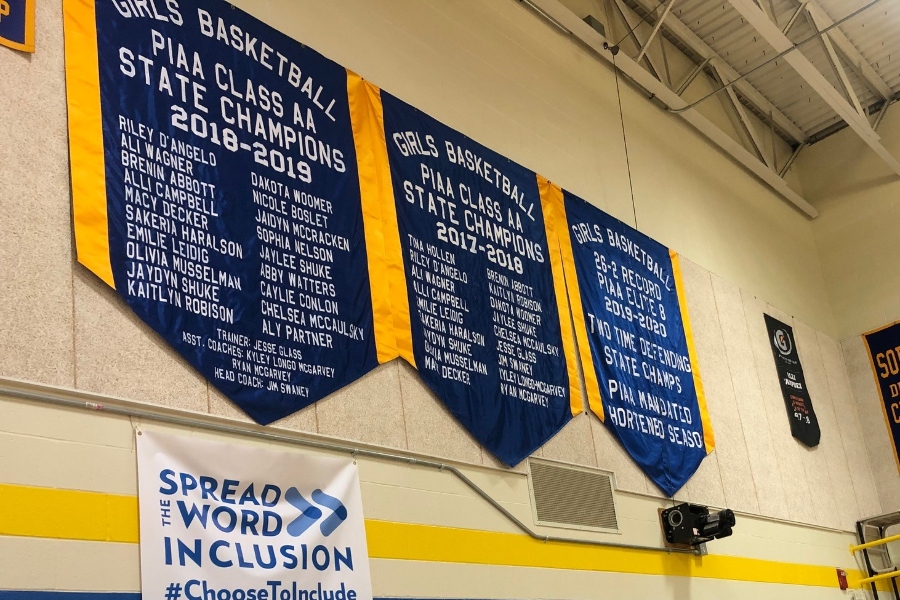 Winter sports will be starting several weeks behind schedule this year as the ICC grapples with COVID-19 and indoor sports.

Inter-County Conference superintendents met on Friday and made the decision to push the official start date for winter sports to December 14 and the official day for competition to January 4.

The decision means that teams are not allowed to officially practice, but they can have an “open gym” or “open mat,” which typically results in the same amount of kids being at practice. The Bellwood-Antis School District is following state guidelines and is enforcing that all players wear a mask while they are practicing.

Bellwood-Antis Athletic Director Mr. Charles Burch said he was surprised by the decision.

“PIAA was suggesting  to get things under way with practices and then deal with cancellations and delays as they showed up,” Mr. Burch said. “But COVID is exploding in our area,  and we must take a smart and cautious approach.”

COVID-19 has been terrorizing athletes at all levels in every sport. Every athlete wants to have their season, but the virus is making it harder and harder for winter sports to be able to pull this off. Even some fall sports teams are dropping out of their state playoff games. Upper Dublin was supposed to play Cathedral Prep in the state playoffs, but Upper Dublin forfeited their game due to COVID and trying to be safe with everything that was going on.

However, PIAA released its latest update on COVID in sports and it decided has shocked many athletes and coaches. The PIAA released last Tuesday night that all players will be required to wear masks in competition according to the state government, but the PIAA has left it up to the individual districts on whether they force these mandates or not. A lot of athletes and coaches  are worried about how this will affect their players performance.  A question commonly asked is “How can i expect my players to play at 100% if they can’t even breathe 100%?”

One person who is already questioning the decision is WPIAL executive director, Amy Scheuman, who asked “Are the Steelers wearing a mask on Sunday? Are the Eagles? Is Pitt? Is Penn State? Are these colleges wearing masks or are these just considerations?”

Some leagues, however, are already taking action. The PIHL commissioner released a statement saying that he will require league players and coaches to wear a mask while out on the ice.

The BluePrint also got the opportunity to ask some athletes from different sports  how they have reacted to the news about wearing a mask during competition. Hunter Gregg, a senior on the swimming team said, “I don’t see how it is possible for a swimmer to wear a mask while competing. It is very dangerous and I just don’t see a way that you can get around not wearing a mask while actually swimming”

The BluePrint also got to speak with sophomore forward, Lydia Worthing. Her reaction was, “I already have a hard time with keeping my breath during games. I can’t imagine playing with a mask. I’m 100% certain that they’ll just get ripped off during games constantly anyways.”

Senior basketball player Zach Mallon said, “I don’t know how I can compete at a high level if I can’t even breathe 100%. It’s gonna be tough to play a whole game and get tons of minutes because everyone will be so restricted.”

It is very clear that the athletes are skeptical on masks being worn during competition and at practices. No one wants to have their breathing restricted, but a lot of athletes, especially seniors, want to get their chance to have one last season.