GAME ON: Napoleon at Waterloo 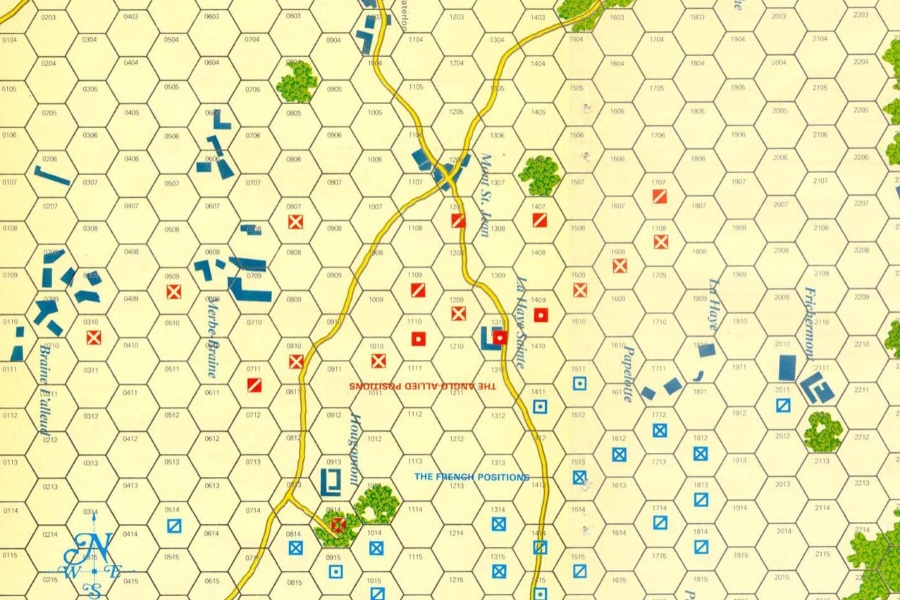 Napoleon at Waterloo is a fun, though obscure, board game.

Napoleon at Waterloo is fun, albeit a rare game, from the magazine called Strategy and Tactics. It is a pretty standard strategy board game, but it does have some features that make it worth playing. The scenario itself makes it worth a play, but the other aspects add tremendously to the game.

One aspect that sets the game apart is unit capabilities. As in most strategy games different kinds of units have different strengths, but in this game combat and movement are diversified even within the confines of unit type. Some cavalry are stronger and some are weaker or move slower. The same thing applies to infantry and artillery. This aspect of the game is fairly unique and has a huge effect on the playing of the game. It makes the strategies of the game completely unique.

The combat system is also a little different. All friendly units adjacent to an enemy unit must fight and every enemy unit next to a friendly unit must be attacked. This means that a player will commonly attack one or several strong units with a weak unit to free up other units for attack. No more than one unit may be in a single tile and a unit may not leave a tile adjacent to an enemy unit unless either unit is either destroyed or forced to retreat. These actions are determined by combat. Combat is performed by taking the ratio of attacking strength to defending strength and rolling a die. The ratio determines what number on the die means what. I have not encountered many games with this kind of combat system. This system makes the game unique and, frankly, a lot better. It might just be my personal preference, but I love this system. It plays well and makes a lot of sense.

The victory conditions are fairly normal. The French must destroy 40 strength points of the allies and get 7 units off of the northwest corner of the map. After losing 40 strength points the allies lose 1 in every combat ratio, due to demoralization, and can only force a draw by stopping 7 French units from escaping. The allies win by destroying 40 French strength points before the French do the same to them. Although these conditions are fairly standard, I do like the rather unique idea of demonization and being able to force a draw. These things are great additions to the game.