Keeping up with COVID: Virtual learning a success so far 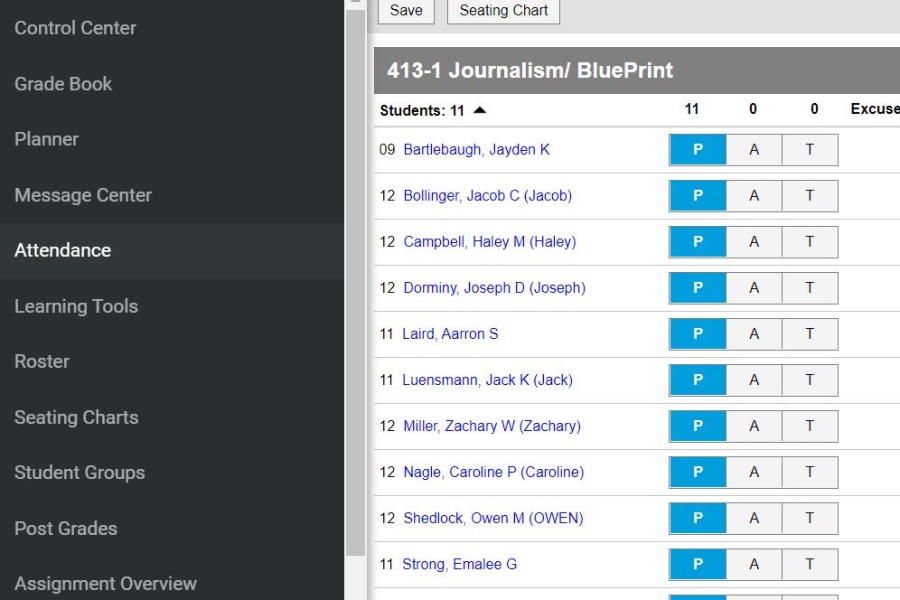 Attendance at the middle and high school has been excellent during virtual learning, school officials say.

The high school has had strong attendance and consistent participation.  This begs the question however: if students hate virtual learning so much, why is it seemingly going so well?

High school principal Richard Schreier was asked a few questions pertaining to the attendance of students during virtual learning, which has been surprisingly strong.

“Attendance over the first five days of 100% virtual has been better than expected. My prediction of lower attendance was based upon issues that our fall virtual students had with attendance compared to their in-person classmates and overall lack of participation last spring,” Mr. Schreier said. “Over average daily attendance by period is similar to our attendance rates during in-person learning from August through November 23.”

Mr. Schreier said one reason  for the high attendance marks is expectations.

“All students are participating in virtual learning, and it is the norm for all BAHS students.  When virtual was an option, some students chose it to avoid school,” he said. “We have good students at BAHS and the majority of them like school and want to continue learning in their courses.”

Mr. Schreier credited scheduling for student participation as well, saying the highly organized nature of B-A’s online work has been a help.

“Most humans function better in an organized framework.  In the spring, the lack of schedule created poor habits by students,” Mr. Schreier said.  “The requirement to be logged in at specific times of the day and teachers holding students accountable to grading has led to much better participation and attendance than in the past. Finally, the teachers are doing an outstanding job with their virtual teaching.  This model holds students accountable, but also allows for interaction between teacher and student and peer interaction.”

The high school isn’t the only building that has had great attendance so far.  The middle school also had fairly strong attendance throughout last week and this week, as well.

“We have been averaging around 90 – 95% attendance, which is lower than normal, but still considered acceptable as some of it is the result of unreliable Internet connections,” said middle school principal Dr. Donald Wagner.

Along with some of the same factors cited by Mr. Schreier, Dr. Wagner also credited student and parent attitude for the positive attendance figures.

“I think attendance is high for a number of reasons: One, students are taking school seriously and know they will be held accountable for attendance and homework, tests, quizzes, etc. Two, parents are making sure students login in at the correct times and are encouraging students to give their best effort. And three, teachers are taking attendance and expect all students to be in class.  Those who are habitually absent are being sent emails and parents are being called.”

Bellwood-Antis is hoping that these trends continue and students remain adamant about keeping good attendance as well as grades.  Hopefully in a few months virtual learning will no longer be necessary and students can return to school as usual.