Alli Campbell thriving at the next level 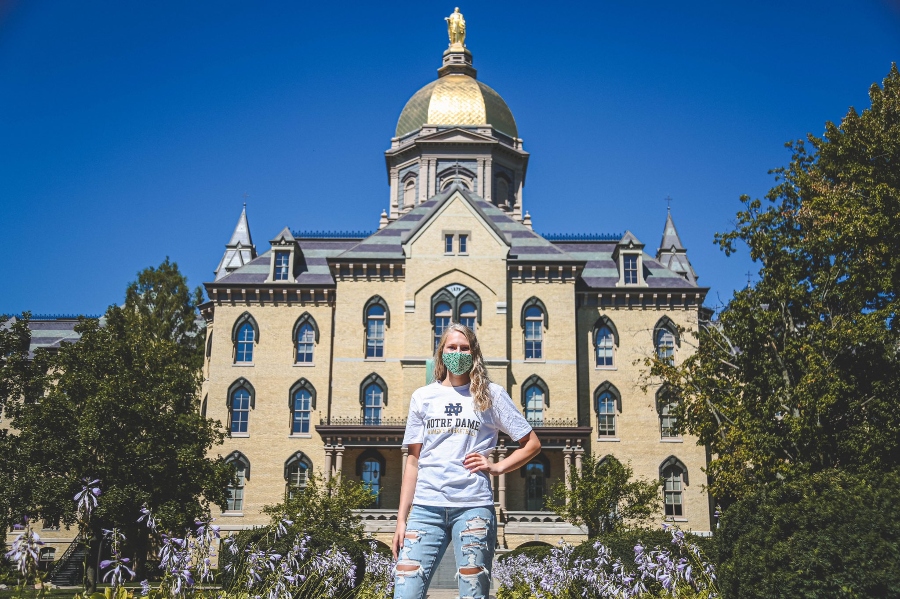 Alli Campbell has made the transition to Division I college basketball, and she is garnering major minutes at Notre dame.

Alli Campbell was a star basketball player for the Lady Blue Devils in high school, helping lead her team to win back to back state championships. She was aiming for a third until COVID-19 cut her senior season short.

The halt to the Lady Devils’ magical run didn’t prevent Alli from becoming Blair County’s all-time leading scorer with 3,019 career points. She went over three grand in B-A’s final game before the quarantine in March.

One of the top recruits in the United States. Alli decided to take her talents to South Bend, committing to Norte Dame, but no one really knew how much of an impact she would make as a freshman. Through seven games this season, Alli has been one of the first ones off the bench, averaging more than 10 minutes a game.

Transitioning from high school to college sports is quite an adjustment, especially at a top-tier program like Norte Dame; however, Alli has been able to adapt to the speed of the college game pretty well.

“College basketball is a whole other level,” Campbell said. “The speed and the pace of the game is so much faster, and the girls are much stronger and quicker. Every single person can compete on the court, so you have to be at your best when you step in the floor.”

Alli knew she’d have to step up her game and train hard in the offseason to earn playing time as a freshman and her hard work appears to be paying off.

“Off-season training was definitely intense,” Alli mentioned. “We were in the weight room and/or conditioning at least four days a week. To start, we were only allowed to have individual basketball workouts with our position coaches due to COVID, but by mid-September we were able to start full team workouts. On top of that, I was also getting in the gym to work on my own game as well. It was always competitive, and we were pushing each other to get the best out of each other.”

“It’s all about time management,” said Campbell. “As a student-athlete, I don’t have much time to waste in a day, so I have to be focused and get my school work done, whether it be in between classes or after practice. I did some school work every day to keep up with it and even get ahead. I also planned my days out ahead of time so I knew exactly when practice was, when I was working out on my own, when I was doing homework, when I was eating, and when I could just relax.”

After a long offseason it was finally time for Alli to play in her first game for the Fighting Irish, on November 27, and though it was a one-point loss for the Irish, it was a good experience for Alli, who came off the bench and scored her first collegiate points.

“I thought I was going to be nervous for the first game, but I was actually way more excited than I was nervous,” Campbell said. “I honestly didn’t know what to expect as far as playing time. With most of the team returning from last year, I knew I was going to have to earn every minute that I got. I am just making sure that I’m ready to go when Coach Ivey calls my name and making the most out of any time I am given. I’m going to continue to take advantage of that time.”

Despite the season opening loss, Alli was in the game for almost 30 minutes. She put up 4 points and she had 3 rebounds and 2 assists.

“Seeing the ball go through the net was pretty cool,” Alli remarked. “There’s so much more work to do, but I’m grateful to see some of my hard work pay off already.”

Alli wants to continue to work on her game and make an impact for her team as the season goes on.

”My personal goals are to help in any way that the team needs for us to be successful, and to continue to develop my game and skill set everyday. I would love to continue to earn more minutes, also,” Alli said. “Our team goals are to first compete and get better every day. We also want to advance in the ACC tournament and NCAA tournament, and we want to play great basketball as a team.”

Alli has had great success with her transition from high school to college, and she is doing well on and off the court.

The Fighting Irish has some time off for the holidays, but will start back up on the December 31 with an away game at Miami. The remaining games for the Irish will all be conference games.

Good luck to Alli and the rest of the Irish team.