Vaccine gives hope for the end of COVID 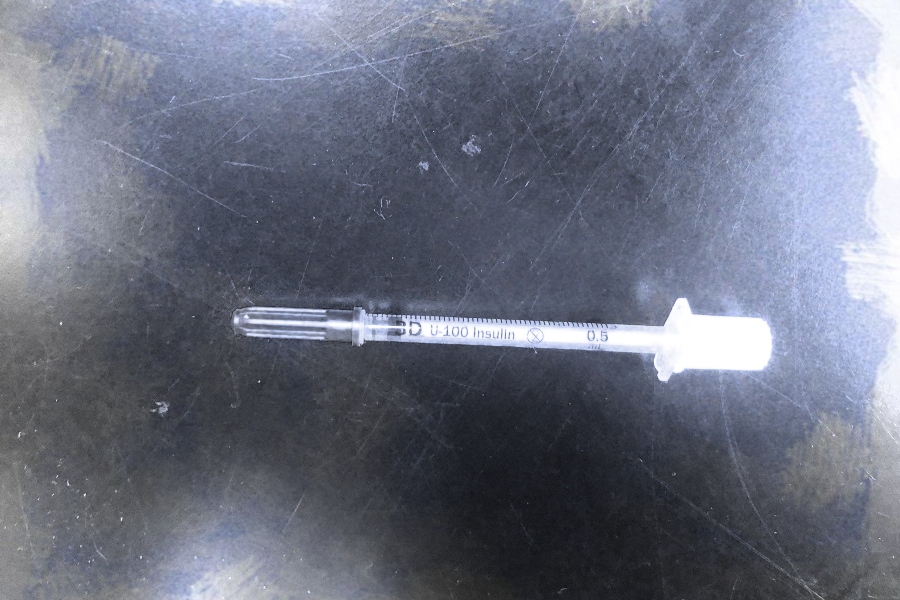 The Pfizer COVID-19 vaccine is now available in America. The question is whether most Americans will get it.

A medical feat has been accomplished in the United States: a vaccine for the novel Coronavirus COVID-19 has been developed in nine months, nearly half the time it generally takes to invent a vaccine for any illness.

A major concern in a era when an anti-vaccine movement exists and some Americans question the rushed nature of the drug’s production, is whether people will get the vaccine. A Gallup poll from November said  58 percent of Americans would get the vaccine, while a more recent poll from December shows that number rose to 61 percent.

Such concerns exist at Bellwood-Antis, as well.

The vaccine, made by the company Pfizer, was approved by the Food and Drug Administration (FDA) last Friday for emergency use. An estimated 2.9 million doses of the vaccine were set to be sent around the United States over the course of this week, and on Friday Vice-President Mike Pence received a dose on camera.

Pfizer stated that “we will be able to supply up to 25 million doses by the end of the year, and 100 million total vaccines by March of 2021, which will be free to the public.” Tests found the vaccine to be 95% effective.

The Center of Disease Control and Prevention (CDC) decided that medical personnel and long-term care facility residents will be the first to receive the vaccine, due to limited supplies. This was ruled on December 3, 2020 based on recommendations from the Advisory Committee on Immunization Practices (ACIP), an independent panel of medical and public health experts.

B-A physics teacher Dr. Alice Flarend is confident in the research by the FDA and CDC, and despite skepticism from some circles, she is on board with the treatment.

“I will take [the vaccine.]  I trust the CDC and the FDA in their oversight of the process,” she said.  “It was fast, but we are capable of doing things fast when we need to and the government and private industry work together.  Yes, there will be people who have a bad reaction, but that happens with every medical procedure.”

Earth and space science teacher Mr. Jon Goodman is also on board with the vaccine when asked if he would receive it.

”Yes, as soon as possible.  I have zero concerns other than a mild reaction.  Few realize that forms of RNA vaccine has been in the development for many years.  It has been scrutinized by thousands of very intelligent and well educated scientists from around the world.  The vaccine has already been tested on a large group of people.  You run a higher risk of reacting to a food group than you do the vaccine. Getting the vaccine is smart.  It is placing mind over fear of the unknown.”

With the Pfizer vaccine, along with another from Moderna that might be approved any day now, the end of the COVID-19 pandemic could be near. Large gatherings could reappear. Full capacity could be added to the nation’s vocabulary again. The masked population would slowly dwindle.

With this, the Bellwood-Antis School District could return to its traditional operations before guidelines were put in place.

Middle school science teacher Mr. Travis Martin is all for returning to some sort of normal, and he noted the chance for suffering harmful side effects from the vaccine are quite small.

“One hundred percent of us want a return to normalcy; therefore, I will take my 99.4% chance of not having side effects in order to help my family, students, and community to do so.”

But the efficiency of the vaccine’s production has raised concerns among the American people. The influenza vaccine has been around for almost fifty years, and it still has yet to be perfected. Some volunteers in the U.K., where the Pfizer vaccine was released earlier this month, have even developed Bell’s Palsy.

Junior Caedon Poe had his doubts.

“This vaccine and how quickly it has been produced definitely raises concerns,” he said. “Vaccines take years to develop, and opening a vaccine within just nine months to the public raises some red flags. Some volunteers have even developed side effects. If the COVID vaccine was offered to me, I would definitely be hesitant about taking it.”

However, chemistry teacher Ms. Carrie Clippard, has no concerns with the new vaccine, noting that the development of vaccines for similar viruses helped speed up the process of developing the COVID-19 vaccine.

“We were lucky in the sense that knowledge obtained from the vaccine development efforts for MERS and SARS helped us get this vaccine done faster for SARS-CoV-2 (Covid-19), because even though it is a ‘novel’ virus, it’s related to other viruses we do know about,” Ms. Clippard said. “There will be people who have allergic reactions to this vaccine, but that is the case with all vaccines and medical procedures. A total of 0.63% of people who got the new vaccine had reactions compared to 0.51% who received the placebo, and the difference between those two groups is at this time statistically meaningless.”

Many Americans are simply excited about the hope of returning to life as they knew it at the end of 2019, which is why senior Preston Wilson is anxious about the vaccine.

“As long as it is safe, I hope that the vaccine is distributed as quickly as possible,” he said. “Life could finally return to normal and large gatherings could return.”

Though the US population could be divided on the vaccination issue, many questions remain unanswered: Will the vaccine be mandated? What are the long-terms effects? Will COVID end? Only time will tell.