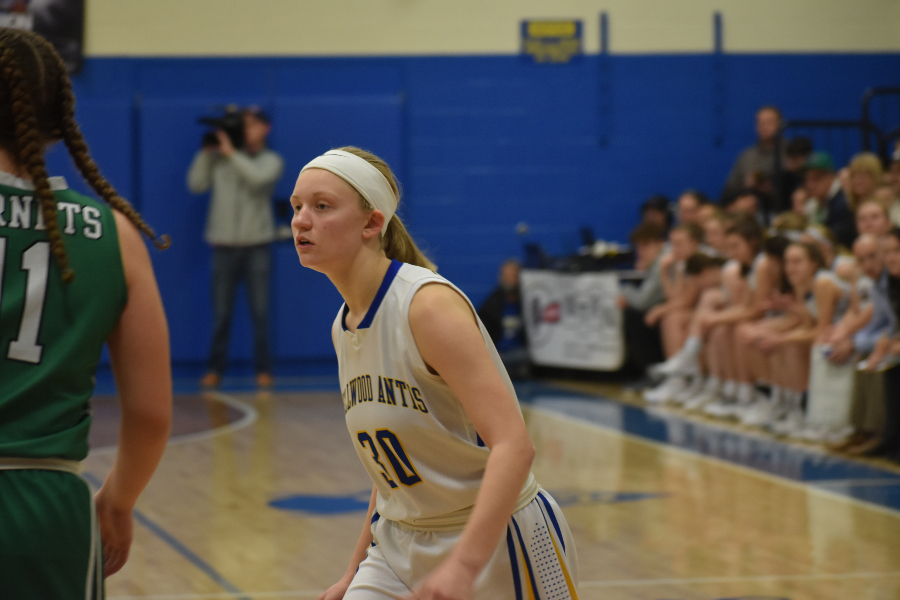 Chelsea McCaulsky will look to lead the Lady Devils in scoring this season.

After some time off it looks, like the winter sports season will be starting up soon. Practices and preseason workouts were put on hold when Bellwood-Antis switched to full remote learning in December. However, Bellwood brought students back to school on January 11 on a hybrid schedule and hopes are high of a winter sports season starting soon after.

The boys basketball team will be led by coach Pat Cassidy once again. This will be coach Cassidy’s second season as the varsity head coach. The boys finished 12-12 last year and placed second in the ICC North, going 11-3 in league play. The Blue Devils have a lot of players coming back, only losing one starter from last year.

The boys look to use their experience to their advantage. Despite the delay, the Blue Devils have 19 games scheduled and plan to even add a few more.

“It feels awesome to start practice, its nice to be on the court again and be with my teammates during this time and we are really excited for this season,” said senior guard Trent Pellegrino. “Our goals we came up with as a team this year were win the ICC Championship, have less turnovers in games, get a win in the playoffs, and go for that district championship.”

Zach Mallon (10.7) and Zach Miller (12.3) each averaged double-digit scoring last season and will be vital to B-A’s offense this season.

The girls basketball team, coached by Jim Swaney has had tons of success in recent years. The Lady Blue Devils had won back to back state championships, and they were chasing after their third until COVID-19 canceled the season in the state playoffs. The girls were on a roll, and it seamed almost certain that they would’ve made it back to Hershey to defend their title.

This year’s Lady Blue Devil squad looks a bit different. They’ve lost the all time leading scorer in Blair County history in Alli Campbell, along with a pair of 1,000 point scorers in Emilie Leidig and Sakira Harleson. Last year the girls finished 26-2, only losing to Juniata Valley and Bishop Guifoyle. The girls certainly have a young team this year, but they are still very talented. Junior Jaidyn McCracken and Sophomore Chelsea McCaulsky both played in some big games last year and these two will play a big role for the Lady Blue Devils this season.

“Its great to be able to start practicing,”said senior Dakota Woomer. “I know especially for the upperclassmen, we were worried whether we would have a season at all, so being able to start practicing is a blessing on its own,” Woomer explained. “This year we have an almost all new varsity team so we have a lot of work to do, but we still plan on competing for the ICC Championship and competing in districts. I think as long as we work hard at practice and continue to improve then we definitely have a shot.”

COVID-19 will impact the way practices and games are run, but everyone remains positive. As of now, masks are to be worn during practices on and off the court. There may be some changes on mask regulations in the upcoming weeks, but that is still up in the air.

Along with McCaulsky, McCracken, and Woomer, B-A will look to the leadership of Kaitlyn Robison and the athleticism of Lydia Worthing, which will be boosted by a talented class of freshmen vying for playing time.

It will be interesting to see how the winter sports season plays out. Everyone hopes teams can get in a full season.