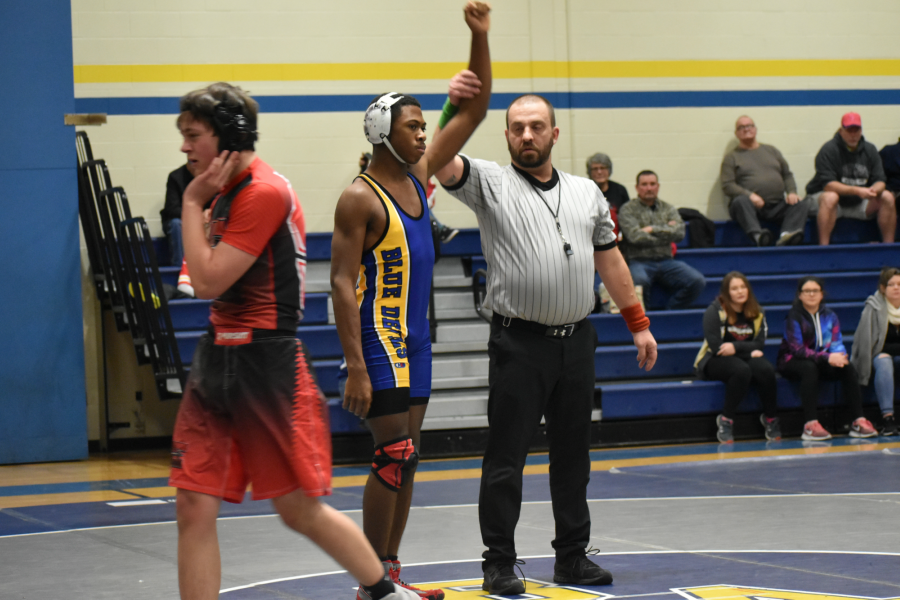 Alex Taylor is one of several key letter winners returning for the Blue Devil wrestling team.

This year’s Bellwood-Antis wrestling season  started January 4 and is going to be quite different from any other year due to COVID-19.

For example, Bellwood, like every other team in Pennsylvania had to have a shortened preseason only having two weeks instead of the usual three after Gov. Tom Wolf announced in December that all high school sports activities would take a pause to prevent the spread of COVD.

Along with that, the team is planning on keeping this year a bit more simple then other years.

Also, the Devils are taking precautions  to make sure there wrestlers are safe, like daily temp checks, hand sanitizers, the wearing of long sleeves, washing the mats before and after practice, and the wrestlers bringing there own water bottles as well as wearing a mask and practicing with the same partner and in the same spot on the mat.

B-A went 11-6 during the dual meet season last year. Aiden and Alex Taylor both placed in the top five at Districts, with Alex advancing as far as Hershey, where he wrestled into the second day of competition at states.

Luckily for the wrestlers, they have 11  ICC meets scheduled this year; their first meet will be on January 19 against Tussey Mt.