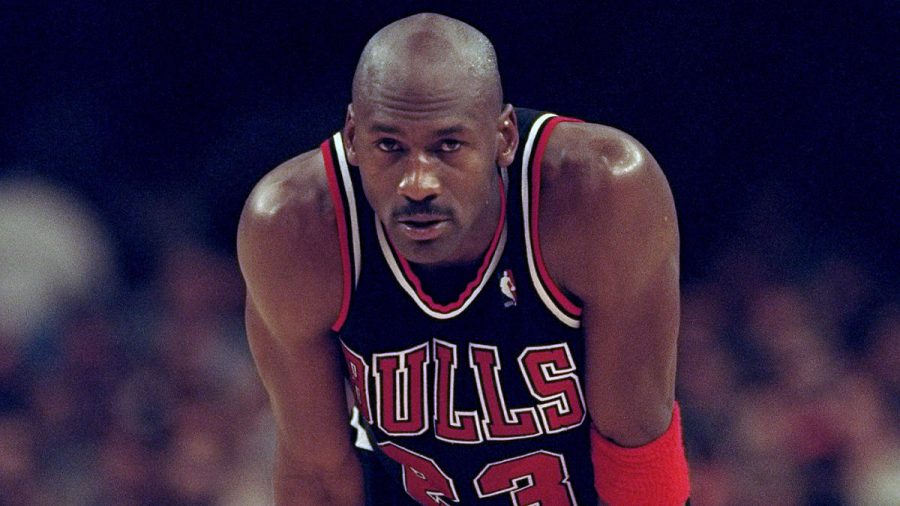 Michael Jordan, a basketball icon, comes to Bellwood to teach the ways of the hardwood.

The Bellwood-Antis basketball program has just received some rousing news. Michael Jordan, arguably the greatest basketball player of all time, has agreed to pass on his knowledge of the game to Blue Devils hoopers as head coach of the boys basketball team.

The six-time champion announced that he was looking for small towns to teach high-schoolers the ways of the court and how to improve their game.

“The game just isn’t the same anymore,” said Jordan. “These kids need to learn how to play real basketball, not the soft version you see on television today. You see, back in my day, if you went to the rim, you were going to get hit. Hard. And no foul was called. Nowadays, a nip of the finger can draw you a foul.”

When asked why he selected Bellwood, Jordan said:

“Bellwood is a nice little town, and they have some rising stars on their basketball program. Plus, I can’t resist that Irvin’s breakfast. Best breakfast in the country. Hands down.”

Bellwood basketball players are elated to have Michael Jordan as part of their coaching staff. Senior Zach Mallon says:

“I can’t wait to start practicing with the G.O.A.T.! (an acronym meaning “greatest of all time”) Maybe he can help me score more than two points per game!”

His brother, Sean Mallon, would concur.

“This is an exciting opportunity to be practicing with MJ. With his help, our team can accomplish some big things, like a District 6 title, or maybe even a state championship. But Mike has some big plans in store, so we have to be ready.”

However, the five-time MVP may face his greatest coaching challenge ever: coaching Zach “Zippy” Miller.

When Miller was informed of Jordan coming to Bellwood, he was not impressed. He said:

“I mean he’s OK. LeBron [James] is better. Not much he can change ‘cause I’m freakin’ awesome.”

Jordan’s reply to Miller’s statements was: “I’ll make him run.”

The basketball legend is set to arrive next Monday. Good luck Blue Devils this season!