ATHLETE OF THE WEEK: Trenton Pellegrino 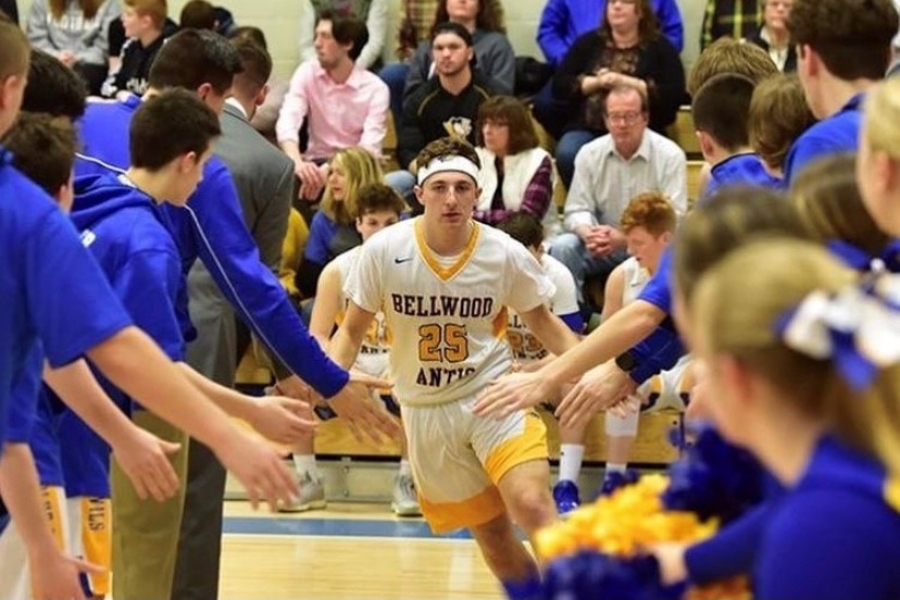 Few players in B-A basketball history have had a day like the one Trenton Pellegrino enjoyed last week against Juniata Valley.

The boys basketball team was  off to a slow start, sitting winless going into their game at Juniata Valley.

But then senior Trenton Pellegrino had a night to remember against the Hornets, scoring 34 points and tying the school record for three pointers made in a single game with 10.

For his efforts, Trent has been named the BluePrint Athlete of the Week.

The Blue Devils have had some struggles offensively this season and are looking for some players to step up and be consistent scorers. Trent stepped up and lit up the scoreboard against Juniata Valley on Friday night. He put up 17 points in the first quarter and finished as the leading scorer, with 30 from behind the three point line.

This was a huge victory for the Blue Devils and they look to feed off of this strong performance.

“It felt great to get the win. We need to keep it going and get on a win streak,” said Trent. “I want to do anything I can to help the team be successful.”

Trent had been working on his shooting during the offseason. He wanted to be able to shoot from anywhere on the floor.

“During the offseason I got up a lot of threes from everywhere around the arc,” Pellegrino explained. “I also really worked on my footwork and ball rotation.”

All of this work seemed to come into play against the Hornets on Friday night. Trent and the rest of the Blue Devils were really clicking as they beat Juniata Valley 79-55.

“My teammates made great passes and drives to get me open,” Pellegrino remarked.

If the Blue Devils continue to play like they did against the Hornets they can definitely rattle off some victories and find themselves in a position to win the ICC and enter the District 6 tournament.

Good luck to Trent and the rest of the Blue Devil basketball team!