ATHLETE OF THE WEEK: Zach Miller 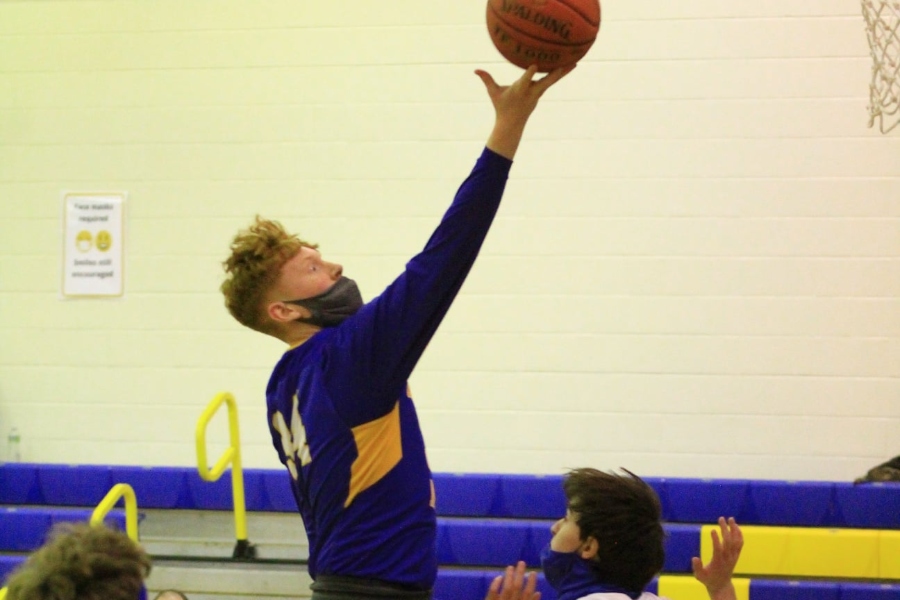 Zach Miller has been on a scoring tear for the Blue Devil basketball team.

The boys basketball team got off to a slow start this season, dropping their first four games. Part of the reason for their struggles early on might have been from the absence of senior Zach Miller, who missed the first few games due to COVID-19 close contact tracing.

Shortly after Miller’s return the boys strung together 4 wins in a row and currently sit at a 6-5 record.

Zach has brought some energy to the Blue Devil basketball team. He averages 8 rebounds and 16.5 points per game.

For his efforts, Zach has been named the BluePrint Athlete of the Week.

After a big first win of the season at Juniata Valley the boys took on Tussey Mountain at home. This game was close, but Zach really dominated and helped bring his team to victory. Miller scored 31 points in this game, hitting big shots late when his team needed it. He also snagged a bunch of rebounds in this game to give the Blue Devils some second chance opportunities throughout the game.

“It felt amazing to drop 31 and pick up another win,” Zach said.

A few games later Zach went on to score 24 points at West Branch in a game that they won 76-56.

During the offseason Zach was living when he could and working on his shooting. Zach is currently shooting 48% from the field and he’s also hit 10 three pointers.

Zach has been playing very well so far this season. He put up a few goals for himself before the season started that are still attainable.

“My personal goals are to be all-conference and all-Altoona Mirror,” Miller said. “As a team I want to win a championship.”

After this year, Zach is going to attend Waynesburg University and play basketball.

“I’m extremely excited to play ball at Waynesburg next year,” Zach explained. “I can’t wait to get to campus and just get to work.”

Good luck to Zach and the rest of the Blue Devils!