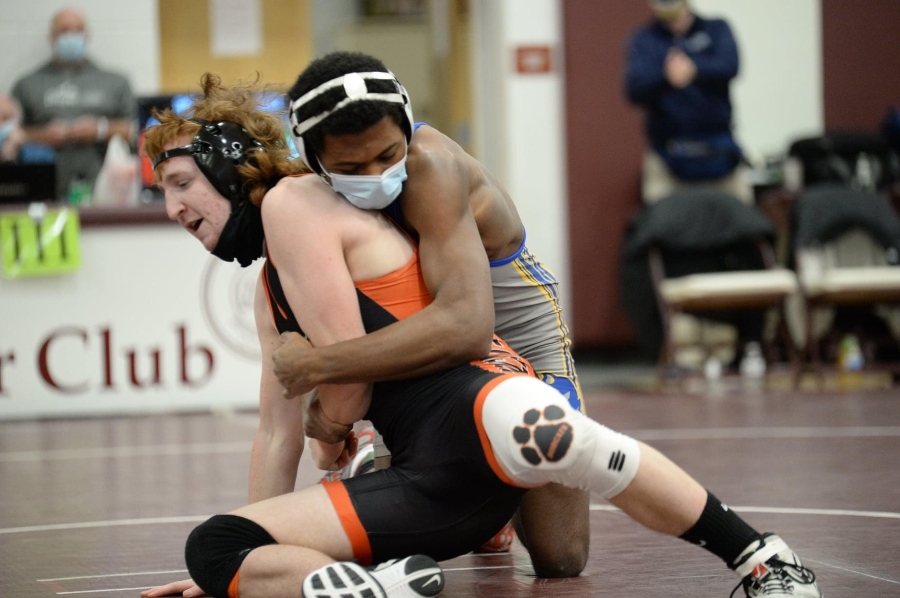 Xander Shank and Aiden Taylor each qualified for the District 6 2A wrestling tournament hosted at Altoona High school last week, though neither wrestler was able to make it through to the PIAA tournament.

Taylor was B-A’s top finisher, ending his season with a fourth-place finish in the 160-pound weight class. He finished the season 14-2 and ended his career with a mark of 61-22.

Ty Noonan advanced to Districts but was unable to perform due to injury.

Shank lost in the 145-pound quarterfinals at Districts and finished his season 8-7. In a two-year varsity career Shank went 10-13.

Here is a breakdown of last week’s District and Sectional results for B-A wrestlers.

The Blue Devil wrestling team had 8 wrestlers in sectionals at Huntingdon Area High School, and the top two wrestlers made it to Districts.

Nick Kost- did not place

Ethan Norris- did not place

Xander shank beat E. Harper and D. Brenneman to make it to the first place bout but got beat by R. Woods for second place.