Artist of the week: Brendan Miller 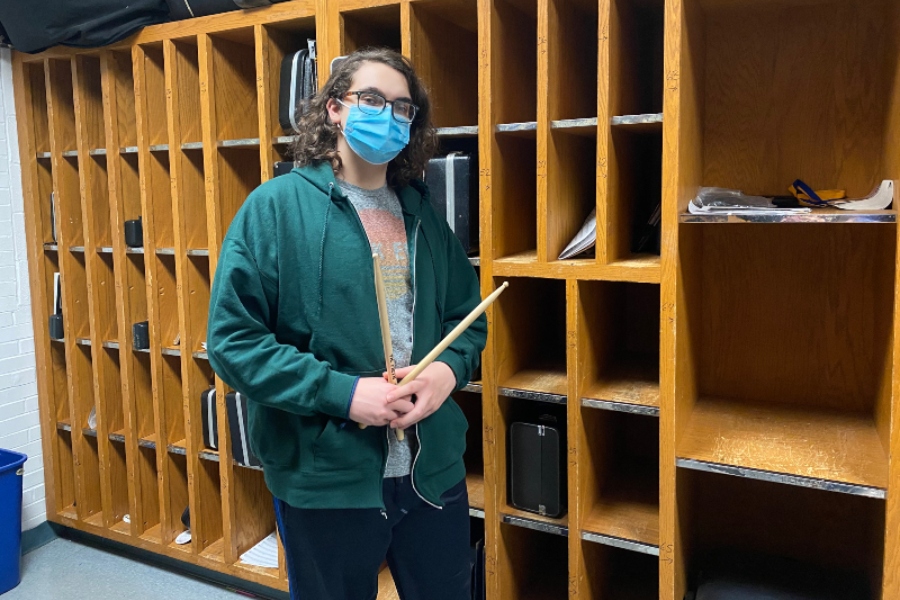 This weeks artist of the week, Brendan Miller!

Whether a pencil is in his hand or drumsticks, Brendan Miller is always working with his artistic hobbies. This makes him a perfect fit for this weeks artist of the week. Brendan has been drawing for years, but fourth grade was when he picked up his first instrument. Miller started with the trumpet, but eventually opted out for percussion. With finding rhythm, beautiful dynamics, and less required breathe control, percussion quickly became Miller’s newfound passion.  However, even though Miller now spends his days perfecting his skills in percussion, he plans to someday return to the trumpet.

Brendan has a younger brother who also performs in band. Miller finds it to be rewarding that he can pass on his musical knowledge, and his brother is of course very appreciative of this.

Brendan undoubtedly has talent in the musical world; however, to him it is only a hobby. He plans to play outside of high school, but make no career out of it. Brendan also plans to try new instruments such as the ukulele.

Before band Brendan was in chorus, but decided it was not for him. This led Brendan to commit to band, which is what really created Brendan’s love for music.