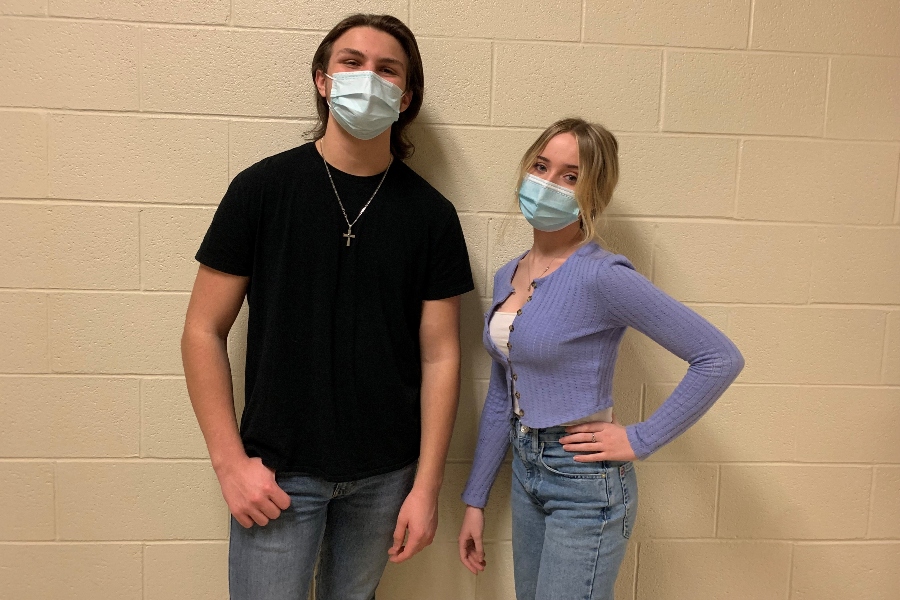 Daman Mills and Haley Campbell, along with Emma Corrado (not pictured) qualified for states for the speech team.

Bellwood-Antis crowned a champion this past weekend when Haley Campbell took first in Humorous Interpretation at the District speech meet.

Campbell is now a three-time district champion for the speech team, and she will now be going to the states meet for the second time. Haley has also competed in the national speech meet two times.

Bellwood’s own Emma Corrado took second place in extemporaneous, also qualifying for states, and Daman Mills was already an automatic state qualifier so he did not compete. Bellwood overall took 3rd place out of all the teams that competed.

Campbell, Mills, and Corrado will all be going to regionals on March 1, 2, and 3.

“It is very rewarding to hold such an accomplishment almost every year of my high school career,” Campbell said.

Campbell also skill set involved in competing in high level speech competitions come very naturally to her, making her participation on the speech team the perfect fit. “I have been performing for a long time, and can quickly memorize my pieces,” she said.

While Campbell has been to nationals twice for speech, she will be relatively new to competition at states.

“The past two years I achieved district champion, I did not compete in states, so I have no idea what the competition will be like. I hope to do well at regionals and move forward to nationals,” she said.

Advisor Mrs. Sally Padula said B-A’s showing at the district speech championship was a reflection of the students’ individual work.

“The kids are working very hard independently,” Mrs. Padula said. “The virtual meets are hard and present a lot of challenges, but the kids were able to accomplish what they did and I’m very proud of them for doing that.”

Congratulations to the speech team and all their place winners, and good luck at regionals!