ATHLETE OF THE WEEK: Ty Noonan 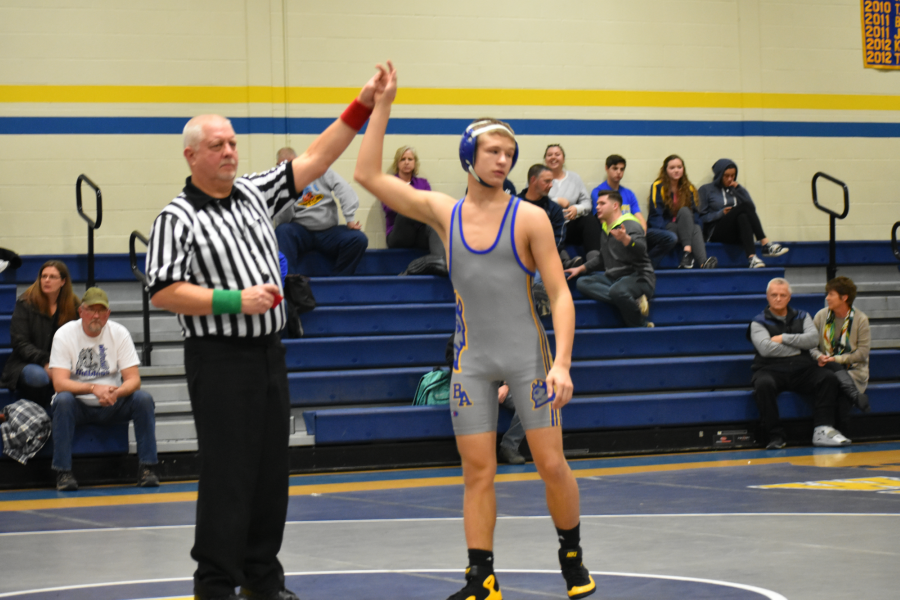 Ty Noonan is a senior wrestler at Bellwood. He had a great start to his wrestling career at B-A, but Covid-19 greatly affected his junior and senior year.

Ty has been named the BluePrint Athlete of the Week.

Ty came in as a freshman and placed 8th at Districts. He continued to improve and finished 7th in Districts his sophomore year. It seemed like Noonan would continue to get better and be one of Bellwood’s top wrestlers, however, injuries and Covid-19 hurt his junior and senior season.

Noonan didn’t wrestle last year as a junior because of a broken wrist. This year Ty spent most of the wrestling season stuck at home in quarantine. Shortly after his return, Ty suffered a sprained MCL last week at sectionals.

Noonan was only able to wrestle in two matches this year, but won both.

“Its been pretty unfortunate,” Noonan said. “Wrestling is probably my favorite sport and the last two years of my high school career was basically thrown out the window.”

Ty’s wrestling seasons didn’t turn out the way he wanted them to, but he was able to have a lot of success on the football field over the years.

Ty was a two year starter for the Blue Devils at corner, and he played some halfback his senior year. Ty had 133 total tackles, 4 interceptions, and 8 forced fumbles in his career at Bellwood.

Noonan has also recently been selected to play in the Lezzer Lumber All Star Game.