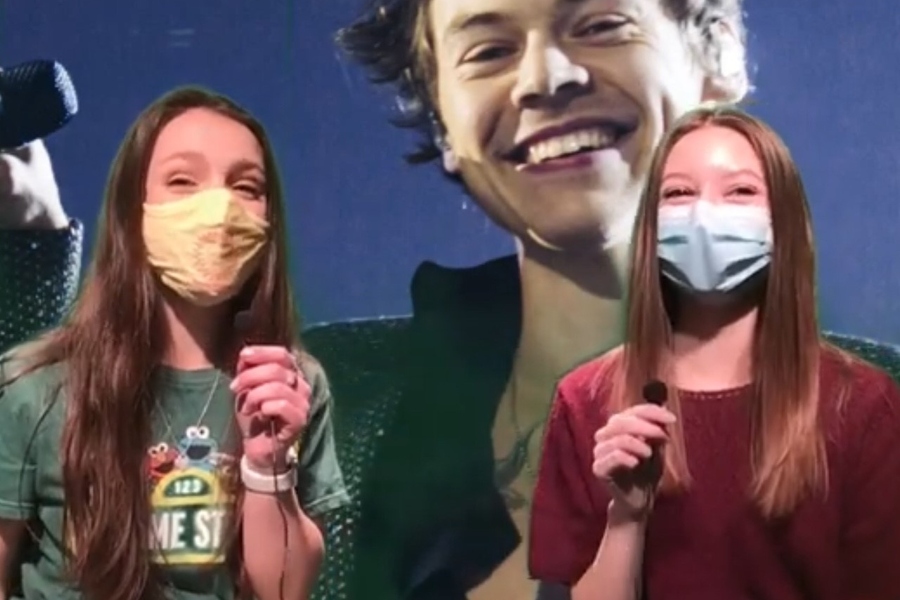 Annie LeGrand says she's not necessarily obsessed with Harry Styles ... but then again she is.

Harry Styles is a phenomenon among today’s young people. From listening to him in One Direction to fangirling over him as a solo artist, Annie LeGrand has followed Harry from the beginning.

Annie started listening to Harry in his solo career about a year after it came out, but she really started getting into his music over quarantine. Annie has become such a superfan that she plans on seeing him for the first time on October 14th, as long as it doesn’t get canceled due to COVID-19.

People who know Annie would say she has an obsession with Harry.

“Everyone says I do, so I guess, but personally, I wouldn’t call it an obsession,” Annie explained.

Annie was a fan of One Direction when she was younger, but back then Harry wasn’t even her favorite, Niall Horan was. However, Annie now follows Harry on everything and she keeps up with him daily.

Annie’s favorite album is his debut album, which is self titled. Her favorite song of Harry’s is either “She” or ‘Woman.”

Liking an artist to this extent is much more than just liking their music, so when asked what it is about Harry that makes you like him so much, Annie replied, “Well, he’s an amazing person and he really just wants what is best for everyone and I love that about him.”

If given a day with Harry Styles, Annie wouldn’t do something traditional like for a walk on the same beach that “What makes you beautiful” was filmed on, she would take him to an arcade or go on a picnic.