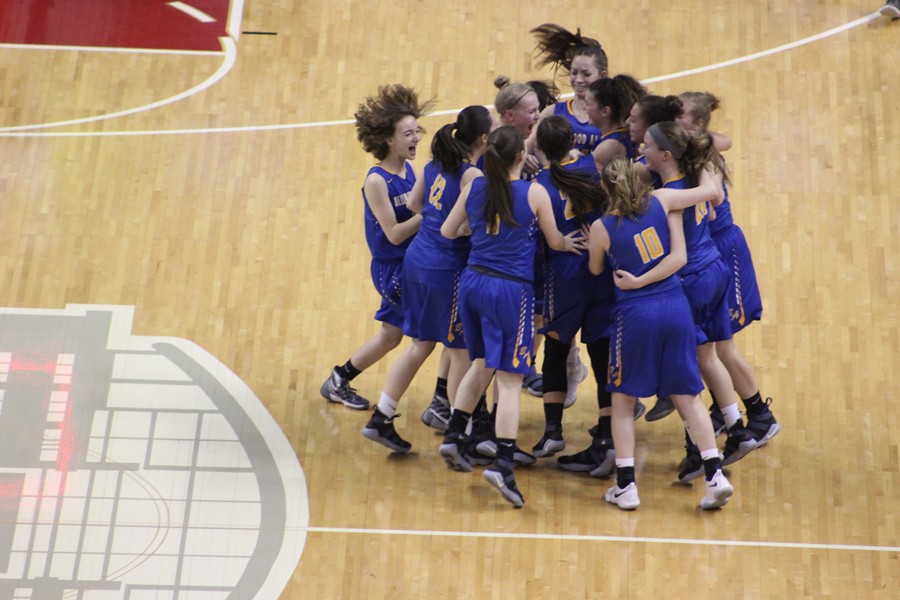 The Blue Devils and Lady Blue Devils hope to make long runs in the playoffs, such as the one B-A enjoyed during its first state championship run in 2018.

Its been a long and crazy basketball season, but the regular season is finally over and playoff basketball will be starting up this week. Both the boys and girls basketball team have earned a spot in the playoffs.

The boys are currently the seventh seed in the District 6 3A playoffs and will play at Philipsburg-Osceola on Thursday night. Philipsburg is the second seed and sits at a 10-6 record on the season. The Mountaineers have a height advantage over the Blue Devils, but this is a very winnable game for BA.

Even though the Blue Devils are the seventh seed, they are more than capable of playing with anyone in the district. The boys have picked it up on both offense and defense at the end of the regular season and look to make a good run in the playoffs. Bishop Guilfoyle is currently the top dog in the 2A bracket. The Marauders are the early favorites to win the district.

Bellwood-Antis will be seeking its first district title since 2016.

Despite having a young team, the girls have picked up from where they left off last season. The Lady Devils finished 10-3 and went undefeated in the ICC. The girls have captured the sixth seed in the District 6 2A playoffs and will travel to take on Southern Huntington tonight. The Rockets hold a solid record of 14-3.

The Lady Devils are led by sophomore Chelsea McCaulsky, who averages over 15 points per game.

This is a big game for the Lady Devils to prove themselves after coming off of three deep playoff runs and losing most of the top contributors. The Lady Devils won back to back state championships in 2018 and 2019 and their 2020 playoff run was cut short due to Covid-19.

District 6 has shown to be one of the toughest districts in the area, especially where girls basketball is concerned. Year in and year out District 6 has teams making deep runs in the state playoffs, even without wining the District title.

This year will be a little different, and the stakes are much higher. Only District champions will be entered into the PIAA tournament.

Good luck to both the boys and girls basketball team this postseason! Go BA!