Mallon and Plank selected for East vs. West All-Star game 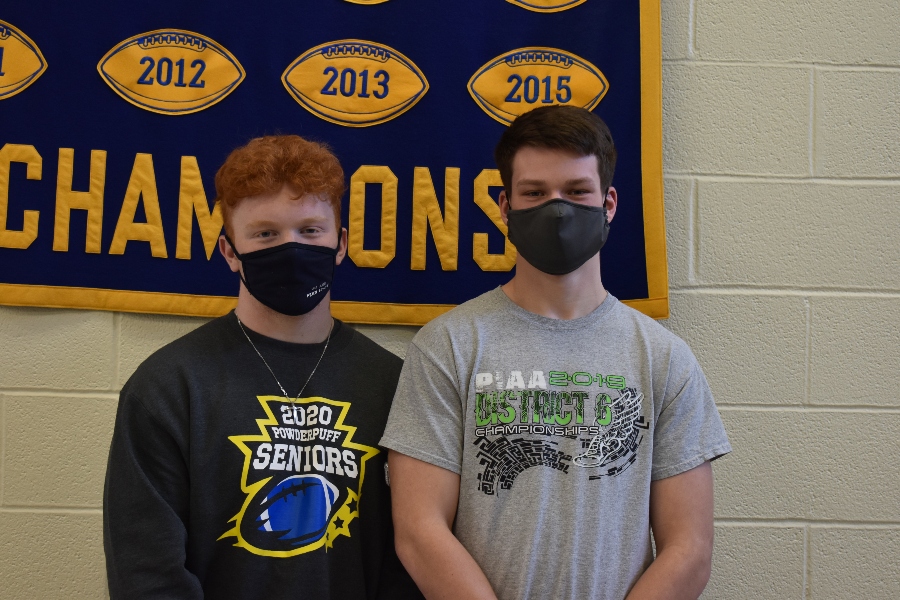 After stellar senior seasons for the Blue Devil football team, Nick Plank and Zach Mallon have been selected to play in the PFSCA East-West All-Star game.

Last Monday the rosters for the PSFCA East and West All-Stars roster was announced. Bellwood-Antis seniors Zach Mallon and Nick Plank were among those announced for the 1A-3A game.

Last July, the PSFCA announced that they would be having two East vs. West games, one for classes 1A-3A, and the other for classes 4A-6A. The change came after players and coaches from lower classes felt that they were getting left out from these games because of the class they play in.

Nick Plank finished his senior season with 37 tackles, 1 interception, and 1 forced fumble. On offense Nick rushed for 338 yards with 5 TD’s. Last year Plank rushed for a career high 974 yards with 15 TD’s. “It feels good to be seen, and know that the hard work, and countless hours we put in didn’t go unnoticed,” said Plank. Nick finished his highschool career with 1,532 rushing yards, 25 TD’s, 210 total tackles, 4 interceptions, and 4 forced fumbles.

“It is a really big honor to be selected for this game,” said head coach Nick Lovrich. “It has been a long time since we had someone play in one of these games, and I think it shows how hard they have worked their entire career to achieve a spot in this game.”