PO too strong for Blue Devils 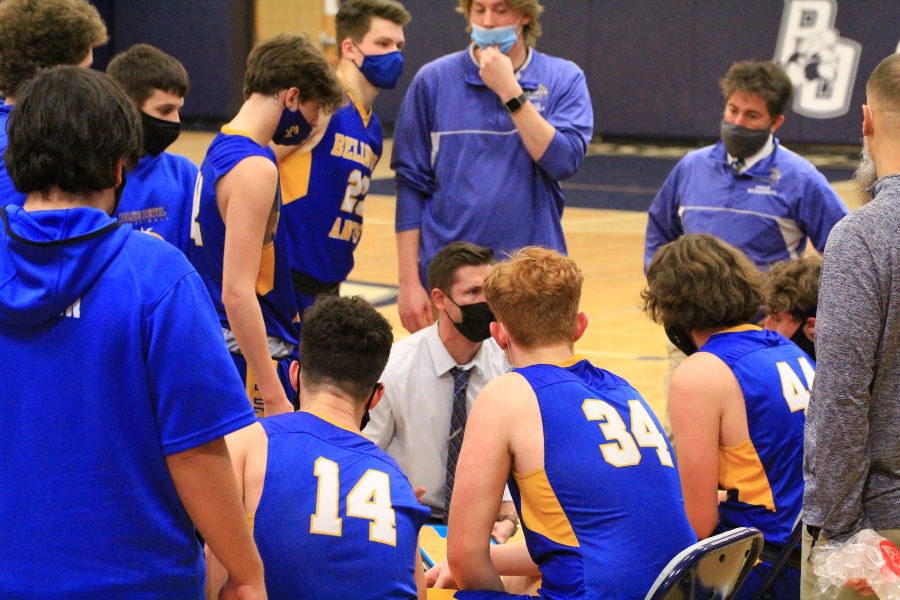 Coach Cassidy talks to his players during a timeout in the District 6 3A playoffs against PO.

Both teams exchanged buckets early on and PO was only up by one at the end of the first. BA was having a lot of success driving and finishing at the rim, but the offensive production started to die off after the first quarter. Bellwood was held to single digits in both the 2nd and 3rd quarter. The Mounties took a 27-20 lead at the half and continued to add to it.

This game felt closer than the score showed. Philipsburg outrebounded Bellwood 53-17 and that was the gamechanger. Neither team was lighting it up on the scoreboard, but PO was able to create 2nd and 3rd chance opportunities on offense.

Trent Pellegrino was the leading scorer for the Devils with 11 points and Zach Miller followed him up with 7.

The Blue Devils are scheduled to play at Southern Huntington tonight.