Basketball season comes to a close 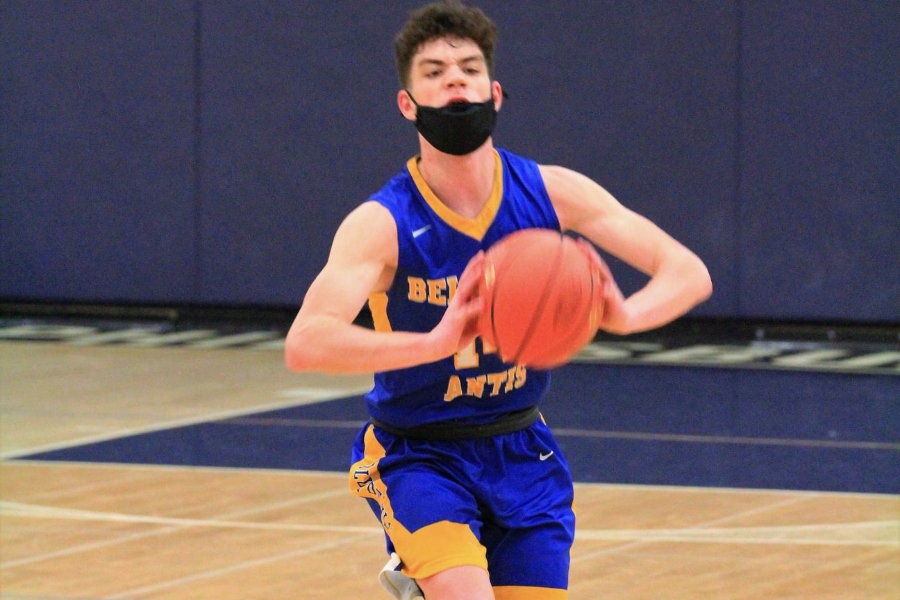 Sean Mallon is one returning starter who can make an impact next season.

The basketball season came to close this past week as both the boys and girls lost in their conference tournament game.

The boys finished the season with a 10-9 record and finished 2nd in the ICC North. BA went 9-2 in conference play.

The Blue Devils didn’t start the season too hot, but they greatly improved as the season went on. The boys were peaking at the right time and finished the regular season on a hot streak. They advanced as the 7th seed in the District 6 3A playoffs and traveled to take on a very talented Philipsburg team in the quarterfinals round.

The boys lost to the Mountaineers which knocked them out of district and state title contention, but they still got a chance to compete in their conference tournament.

The ICC did something a little different this year. They decided to have a conference tournament to determine who the conference champion was. The boys played at Southern Huntington on Monday for a chance to play in the ICC Championship. Unfortunately the Blue Devils lost this game by 19 and their season was over.

Zach Miller was the leading scorer for the Blue Devils with 239 points this season, averaging 15.9 per game.

Next year the Blue Devils will look for some underclassman to step up as they will only be returning two starters.

Seniors Miller, Zach Mallon, and Trent Pellegrino were all starters for BA this past year. Sean Mallon and Connor Gibbons will have to step up for the Blue Devils in the 2021 season.

The girls basketball team had a similar finish to the boys. The Lady Devils ended the regular season with a 10-5 record and went undefeated in the ICC.

The girls had a solid season and earned the 6th seed in the 2A District 6 playoffs.

BA took on Southern Huntington in their first round of district playoffs, but foul troubles and missed free throws killed the Devils. The girls lost to the Rockets and then fell to Tussey Mountain in their ICC tournament game.

Despite the early playoff exit, the girls put together a very successful season and it looks promising that they’ll have a great year next season.

Sophomore Chelsea McCaulsky led the Lady Devils with 232 points this season for an average of 15.5 points per game. Jaidyn McCracken averaged 12.3 and Lydia Worthing 10.9.

The future looks bright for the Lady Devils as all five starters will be returning.