A&E: The Settlers of Catan 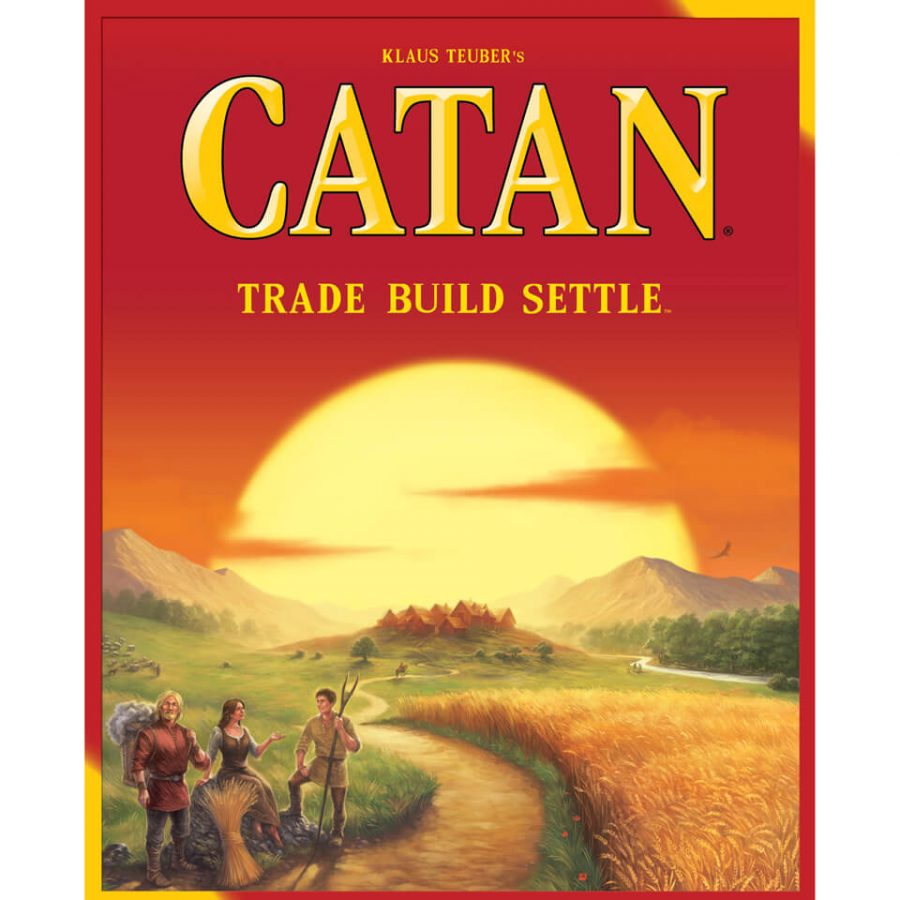 The Settlers of Catan is a very intriguing game. Although it is fairly simple it does involve quite a bit of strategy, and a whole lotta luck. With these two things being deeply ingrained into every aspect of the game. It also has a bit of manipulating other people, which is always fun. These things make the game what it is and very fun to play.

The Settlers of Catan is an empire building strategy game for 2-6 players. As more players are added the game becomes significantly more difficult. Basically the game has a small map in which every player must start building out of two towns they placed. There are numbers on each tile and if you have a settlement on one of the tiles when it is rolled you get the resource on that tile. You must then manage your resources, and trade with other players to build roads and more settlements. Whenever someone builds so much they win. There is a limited number of spaces and therefore room can go rather quickly, especially when there are a higher number of players.

There is a significant amount of luck involved in Settlers of Catan, from rolling to see who places their towns first, to gaining resources. With this said you can usually win through strategy, no matter what cards you are dealt. Sometimes it even benefits to get less cards and look like you are losing. This keeps other players from interfering. There are even ways to win without building up, much in the way of towns and expanding your empire, if you play it right. Of course if you can get good trades in by manipulating your opponents you can dominate the playing field entirely. If one uses their cards properly they may always win, even if they are in a bad position from start to finish.

There is one other aspect that makes The Settlers of Catan so special, its expansion packs. Each expansion pack unlocks a whole new game and a whole new way to play. They completely change the game in almost every aspect. So much so, in fact, that each individual expansion pack, of the four current expansions require an article all of their own. By introducing these expansions the developers have managed to keep the game from getting monotonous and boring. It was truly an ingenious idea.

When it comes to games The Settlers of Catan is very much one of the best. With its excellent game play, which challenges players to adapt to random events, to its many superb expansion packs, that keep the game interesting, it has made for many a fun time. It is no wonder The Settlers of Catan has stayed in production for almost twenty-five years. It is a great game that anyone can learn and is definitely worth playing.