It’s nothing personal, we just want to be safe 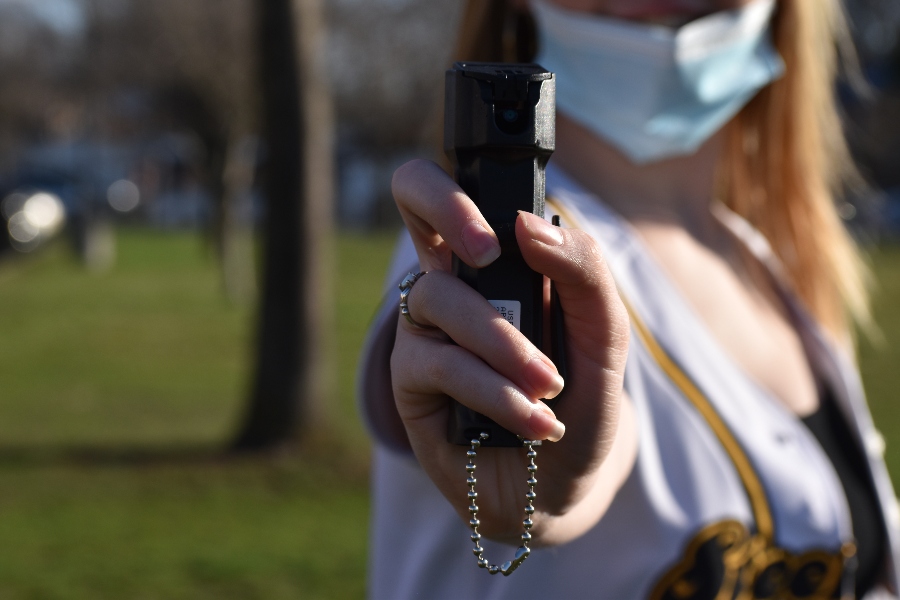 Women have been thinking of personal protection in the face of male aggression all along.

Just days after International Women’s Day, #notallmen has been trending on every social media platform. It has been used as a defense that not all men are violent perpetrators. That is true; however, too many men switch off when they see the narrative ‘men are dangerous’ because they think: “Well, I’m not dangerous, so this doesn’t apply to me.”

If you were to open up a conversation about sexual harassment with any woman in your life, you might be shocked to hear some of the responses. Truly the horrifying answer comes not from the question: “Have you ever been sexually harassed?” But rather: “How old were you when you were first sexually harassed?” For most, it is school age girls.

On March 3rd, Sarah Everard disappeared as she was walking home from her friends house. She was later found dead on Wednesday, March 10th. Sarah took the safer, more illuminated route home, taking an hour, where she had called her boyfriend to notify him that she was headed home.

After everyone heard the tragic story of Sarah’s death, people have started sharing their stories all over social media. On Twitter, women have started posting their experiences and stories with the hashtag #notallmen.

As a teenager who walks home every night, I always take the precautions that should be made. I always take out my earbuds to make sure nobody is behind me, I carry my pepper spray with me to use as a defense mechanism, I always make sure to stay away from parked cars, I don’t make eye contact with strangers if they try to ask me for directions to take me off the main lit road, I always walk on lit roads. Sometimes, it can get frightening.

This is a memory that I would like to forget but will always remember. I was walking home one night from a church group I went to which everything was fine until I reached the end of the road. There was this middle-aged man looking in a parked van on the side of the road until he looked up and saw me. As he looked up, he started running towards me. At this moment, I froze and I did not know what to do. As soon as he started getting closer, I ran as fast as I could home because I had nothing on me to use for defense.

I did not tell any of my friends where I was and that I was leaving. I told my mom that I left but I was freaking out when I got home because someone was chasing me. The entire night, I was just so traumatized and afraid. I did not know how to feel because of the situation I was in.

As a woman, you are taught to be wary from a young age. You are told not to walk alone in the dark, but if you absolutely must, you’re told to cover up and dress in bright colors, ring somebody that you know, keep to the main road and well lit streets, and don’t be out after midnight.

Even if you do follow the unspoken ‘safety rules’, it simply isn’t enough. It is still terrifying for women everywhere. Every woman you know has had to look behind her in fright while walking alone late at night and imagine a scenario where they might need to respond to somebody attacking her.

What makes the situation even more difficult is men being offended at the notion that a woman might be cautious of him. For example, wanting to meet for the first time in a public space, texting her friends/family to let them know where she is, etc. These precautions often result in guys blowing up with defensive anger and being personally offended that a woman might think of him being capable of such things. Even if it’s ‘just’ passive-aggressive or annoyance, it is intimidating when a woman is simply trying to be safe.

The statistics are just too high. The personal experiences are too many. Women should be equally able to live free from fear of assault or harm from those who target them simply for who they are.