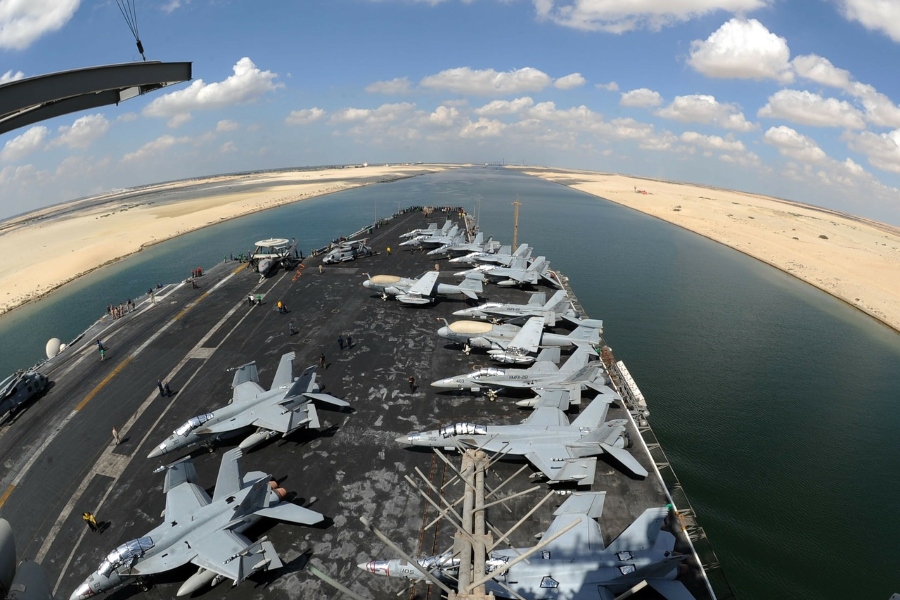 The blocking of the Suez Canal left the world's supply chain on hold.

There has been a major disruption in the worldwide supply chain. The Suez Canal was blocked by a ship that ran aground. It is a very serious issue that has pointed out vulnerabilities in our systems of transport. Even though there aren’t many things that can be done, there are some simple things that could help.

On March 23 a large cargo ship called Ever Given, from India, ran aground in the Suez Canal when hit by high winds and a sandstorm. This simple weather event has caused a lot of damage. The Ever Given was stuck from March 23 until March 29, causing almost 10 billion in economic damages a day. Hundreds of ships had lined up on both sides of the canal in order to pass through it, in spite of there being no sight, at the time, of the blockage being cleared. In fact it is only by luck that the cargo ship could be floated away. You see, there was a super
moon on March 29 that caused high tides and helped to dislodge the ship. In other words the problem was both caused by and resolved by nature.

Us humans could only sit there and watch it happen.

All through this ordeal I have been left wandering one thing. At what point would it become more efficient to have gone around Africa, the only other route available for those going through the Suez Canal. In all truth it did become more efficient. Some cargo ships will now be weeks and months behind schedule. However, going around Africa would only take 9 extra days. Honestly, I have to wonder who is planning all of this that no one thought to bypass the Canal at this point. It really is such a simple thought, and as some guy on the internet who saw a few articles I am now an expert qualified to make such decisions.

The entire supply chain of the world has been significantly disrupted. The blockage of the Suez Canal has cost billions of dollars and we could do nothing about. Although, there were some things that I think could have been done in order to minimize damages. Overall however, the blockage is cleared and the international commerce should be getting back to normal.