ATHLETE OF THE WEEK: Arik Shildt 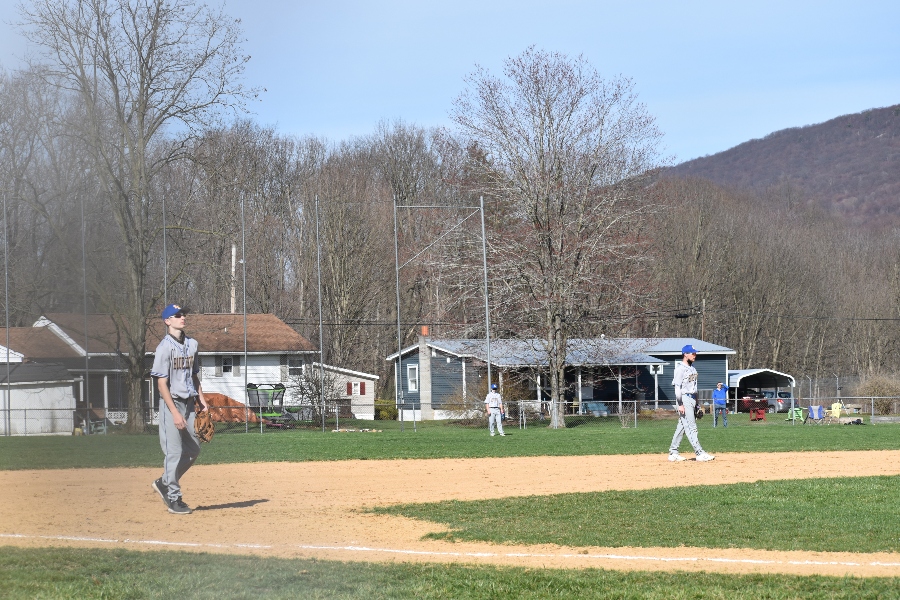 Arik Shildt settles in at third base.

Arik Shildt is a senior pitcher and third baseman on the B-A baseball team. It’s Arik’s first year starting for the Devils, but he was able to help lead B-A to a victory on opening day at West Branch.

Arik has been named the BluePrint Athlete of the Week.

The Devils found themselves in a tight game on opening day after the Warriors loaded the bases in the 5th inning only down a few runs.

Shildt was then brought onto the mound to try to get Bellwood out of the jam. Arik was able to strike out the first batter he faced, ending the inning and stranding 3 Warrior base runners. Shildt then went on to finish the game on the mound for BA, striking out 3 batters and only allowing 2 hits.

Arik was ready to go, knowing his name might get called to pitch at some point.

“I was nervous, but confident,” Shildt explained. “I didn’t have a lot of warmup pitches, but I totally trust my curveball and I understand how to make adjustments as necessary.”

This was a nice first win for Bellwood and a solid first performance for Shildt. Everyone appeared happy to be back on the field playing after last year’s season was canceled indefinitely.

“The cancellation last year was really unfortunate,” Arik said. “We were robbed of that season, and a lot of us may never get the chance to play on the Altoona Curve field like they have in years past.”

Arik started on the bump for the Blue Devils on Tuesday night at Moshannon Valley, where he earned himself a win.

Shildt has proved to be a pitcher the Devils can rely on down the stretch. In his two appearances this year he’s been around the plate and he’s mixed pitches effectively.

“I absolutely lover striking batters out with my curveball and watching their reaction,” Shildt remarked.

During this past offseason, Arik has been working on his batting by hitting in the batting cage he has in his basement. A big adjustment this year for Arik was the transition from playing 2nd base to 3rd base. Shildt has played 2nd for almost his whole life leading up to this year.

When not playing baseball, Arik spends his time playing hockey and football. He is a halfback and cornerback on the football team.

4 games into the season the Blue Devils sit at a 3-1 record. The pitching has seemed to be the bright spot for BA, and they look for that to continue. The next game for Bellwood will be played at home against Juniata Valley.

Good luck to Arik and the rest of the baseball team.